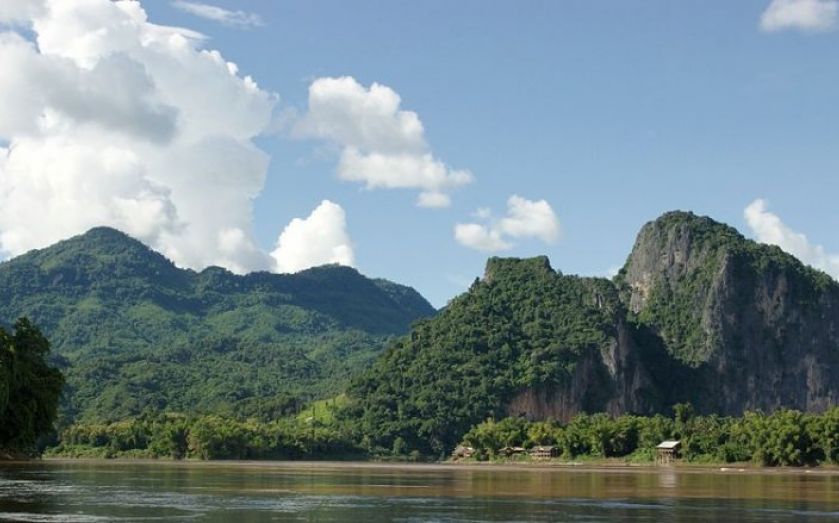 It’s a short journey from Chiang Rai in Thailand to the north-eastern corner of Laos – and to a border crossing that evokes the days before the onslaught of soulless airports and mega-brand domination.

Despite the recent opening of the “Friendship Bridge” spanning the Mekong River the small town of Houeyxai is still a good place to drop your gear, grab a Beer Lao and sit on the banks of the Mekong watching life unfold.

Landlocked, serene, almost shy, Laos goes about its business blissfully indifferent to the aspirations of its more swaggering neighbours. Those who head for the Far East often overlook this land of tropical forests, waterfalls, mountains, Khmer ruins and deeply ingrained Buddhist traditions in favour of its more established regional counterparts. If Thailand is the reigning heavyweight boxer of south east Asian tourism, Vietnam the challenger and Cambodia the lean young prospect, then Laos looks on from ringside. It goes about its business in an understated way, and as a result it’s certain to rekindle the curiosity of even the most cynical traveller.

Before joining our boat for the two-day journey east to Luang Prabang we spent a couple of days at the Gibbon Experience, an eco tourism project set deep in the forest. After reaching our tree house accommodation via a network of zip line cables, we tucked into traditional home cooked meals and explored the Bokeo Nature Reserve in search of the elusive black gibbon.

But it was when cruising the Mekong – the twelfth longest river in the world and one that also takes in Thailand, Vietnam and Cambodia – that we saw Laos at her most alluring.

As our boat – an inauspicious but perfectly functional vessel – set sail, the landscape transformed from industrious to barren and back again. Fishermen cast their nets while a lone figure patiently tinkered with a temperamental outboard motor. Villagers bathed and, on the banks, locals went about their daily rituals as they have done for generations.

Laos boasts more ethnic minorities than any of its neighbours, making it one of the most diverse countries in south east Asia. The village we visited was typical of those dotted along the Mekong – wooden houses perched on stilts, discs of palm sugar on bamboo sheets drying in the midday sun, and school children heading home eager to meet strange visitors bearing gifts of pens and note pads.

As the sun set, our base for the night appeared on the horizon. Docking at Luang Say feels like entering a frontier town. There was a hive of activity on the water and surrounding land as a group of porters arrived to collect our luggage and escort us to a lodge nestling at the top of a steep bank.

Our accommodation was one of 20 bungalows tastefully crafted in traditional Laotian style complete with hot showers and large, comfortable beds. After dinner overlooking the Mekong – and after a glass or two of Ban Baw whiskey – it was time for a peaceful night’s sleep. The following morning, after a look around the colourful Pakbeng market, it was back on board for the final leg of our journey.

Later that day we docked at Luang Prabang. It’s become almost obligatory for writers to dub this small city “sleepy” and for good reason: explore the numerous temples and head to the top of Mount Phou Si simply to gaze at the views and soak up the chilled atmosphere. Luang Prabang remains the perfect place to relax, recharge and wile away a couple of days.

Apart from a brief occupation by the Japanese towards the end of World War II, Laos was in the hands of the French from 1893 until it gained independence in 1954. And that influence can still be felt today. As you sip on a fine cup of coffee and tuck into a freshly baked croissant, children in crisp white shirts and neatly pressed shorts pass by en route to school; Buddhist monks in signature saffron-robes serenely parade down the main street as locals prepare for the day ahead.

It would be wrong to suggest this is a place untouched by tourism. When it comes to dining there’s more choice than when I first visited in 2001 – and Luang Prabang has expanded to accommodate a growing selection of (often high-end) hotels. But as you breakfast in one of the many cafés, you instantly feel life’s speedometer decrease. That’s Laos – the zen capital of south east Asia.

Selective Asia (01273 670001; selectiveasia.com) offers an 11-day Essential Laos trip costing from £1,256 per person based on two people sharing and arranged on a tailor-made basis (private arrangements throughout). Flights are not included and cost from around £725 (including taxes). The company also offers a 12-day Laos in Style itinerary from £1,927 per person plus flights.