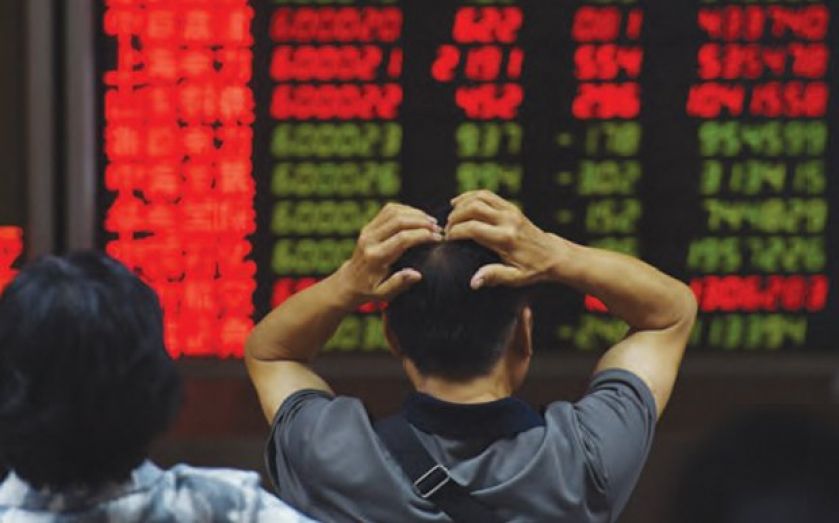 Admittedly, Glencore’s latest problems may run deeper and look more specific, but together with Vale and Rio, the other great international mining houses plus their suppliers, like America’s Caterpillar, all are suffering the fall-out from the end of the world’s biggest ever credit boom.

Oil is testing recent lows and commodity prices almost across the board are skidding. Alongside, emerging market currencies are being trashed and some even fear that this turmoil will spill-over into a recession by next year. It will. Your white-knuckle ride is far from over.

So how did we get here? The answer comes in three parts.

Firstly, the fragile global financial system that disintegrated spectacularly in 2008 has simply been taped back together and not fundamentally rebuilt, so leaving it vulnerable to a renewed bust of funding problems.

Secondly, debt problems have not been tackled. By demanding "austerity", many governments have simply reshuffled debts from their balance sheets on to more fragile private sector ones. Debt burdens across emerging markets, for example, have jumped since 2007.

Lastly, the biggest factor is the China. China is only just starting to adjust to its huge credit boom. Since the year 2000, the size of its asset economy has jumped an eye-watering 12-fold. This includes the construction of new cities, thousands of miles of motorway, several airports and, as the brochures once advertised, a new skyscraper every 14-days, pushing up her credit markets to a bloated $25 trillion.

History teaches us that there are four stages to every credit cycle: (1) 20-30 per cent rates of new loan growth; (2) asset price bubbles in real estate, commodities, equities and often art; (3) banking problems, corruption and state intervention, and (4) currency collapse.

China already ticks the first three boxes, and a pen is hovering over the fourth. The decision to weaken the renminbi in August may have less to do with exchange rate politics, as some have suggested, and more to do with a plain shortage of US dollars.

Agreed, China sits on a nest-egg of $3.5 trillion in reserves, but even she cannot live with this pace. As Herb Stein warned about America’s once similar outflows: “… if it can’t go on for ever, it will stop”. We figure China may ultimately need to devalue by 20 per cent, but we accept a more sober 10 per cent is likely over the next six months.

Western commentators may never know the true scale of China’s slowdown, but whatever the actual numbers, we believe it will be a "hard landing" for the world economy. The crunch will come when the US is also pushed into recession in 2016.

This possibility may be why the Federal Reserve blinked and did not raise interest rates in September. In a global financial world there are no unrelated events. US multinationals are exposed both to the soaring US dollar and to the slowing Chinese economy.

Their buoyant cash flows, through buy-backs, dividends and mergers and acquisitions, have recently underpinned Wall Street way more than the Fed’s QE3. This cash flow is now under pressure. For the second quarter running US earnings are disappointing investors, and although flaky shake oil is always given as the excuse, the earnings of the high yield credit sector are souring very fast.

The travails of Glencore and other commodity producers are spreading out and should hit Main Street by early 2016. The chart below shows our index of US funding liquidity and the New York Empire State survey of business.

The compelling correlation warns there will be other Glencores ahead.