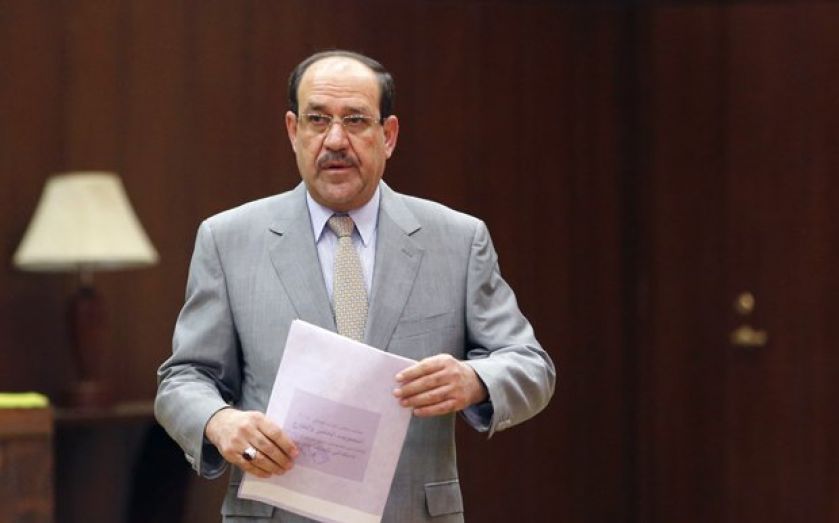 IT SHOULD come as no surprise to anyone that Iraq is an unnatural construct. Even as the British were establishing the pushmi-pullyu state following the Great War, the danger signs of its viability were there for all to see. John Van Ess, an American missionary and old Mesopotamian hand, explicitly warned his friend Gertrude Bell – a key player in British imperial circles – about the folly of creating Iraq. He said, “But Gertrude, you are flying in the face of four millennia of history if you try to draw a line around Iraq and call it a political entity… They have never been an independent country.” Her response to this reasonable warning? “Oh, they will come around.”

Nine decades on, they still have not.

Current Iraqi Prime Minister Nouri al-Maliki may well find himself the last person to hold such a title. The startling rout of Iraqi troops in the north of the country by Islamic State (IS) (formerly Isis) forces – whereby 800 IS fighters somehow managed to best 30,000 Iraqi troops – merely exposed Baghdad’s political rot for all to see. Simply put, the Shia-dominated army exhibited absolutely no desire to risk life and limb to protect the Sunni regions in the centre and north of the country.

Operationally, this exposes the cancer lying at the heart of Iraq; it is not a country at all, but merely the unhappy holding pen of three very different ethno-religious groups, the Shia, Sunnis, and Kurds. With little incentive to make sacrifices for “Iraq”, the unchangeable patchwork nature of the place precludes it becoming a coherent political entity.

And the incompetent, Shia supremacist Maliki seems to be doing everything he can to unwittingly hasten the country’s final demise. Even after the disaster, the Prime Minister staved off calls to reform, incredibly refusing to establish a more inclusive government by giving Kurdish and Sunni leaders a real stake in ruling the country. This is the heart of the matter, for failure to do this means that Iraq will never be able to transcend its sectarian chaos.

No one will wait any longer for the Iraqi government to finally get its act together. The stable, successful, relatively well-managed Kurdish Regional Government (KRG) in the north of the country may well have just delivered the coup de grace to Iraq as a whole. Taking advantage of the Iraqi army scampering south in the wake of the IS attack, the Kurdish peshmerga (their nascent well-trained army) seized the moment to occupy Kirkuk, a major city in the north whose governance has been disputed by the KRG and Baghdad. Crucially, untapped oil around the city could yield a king’s ransom, amounting to a staggering possible extra 1m barrels per day. Bottom line, a KRG with Kirkuk makes the region an economically viable state, so important is its possession to the Kurds.

Massoud Barzani, the KRG’s leader, has skilfully managed the treacherous maze of Middle Eastern politics, vitally securing a game-changing alliance with next-door (and formerly implacable foe) Turkey. Turkish Prime Minister Recep Tayyip Erdogan, in the fight of his political life as he attempts to become the country’s first directly-elected President in an August election, knows that Turkish Kurds will determine whether he manages to win the prize on the first ballot. Coupled with increasing energy links between the KRG and an energy-starved Turkey, Erdogan has done a remarkable about face, with senior officials in his government indicating at least twice in the past week that Ankara is willing to end its historical opposition to an independent Kurdistan.

With Kirkuk secured, Turkey onside, and no one within Iraq itself able to dislodge the peshmerga, Barzani has pounced. Earlier this week, he told the BBC that “everything that has happened recently showed that it’s the right of Kurdistan to achieve independence. From now on, we won’t hide that that’s our goal. Iraq is effectively partitioned now.” The Kurds have bided their time for almost a century, and now Barzani has called for a referendum in Kurdistan within months over the central question of independence.

It looks like it will happen, and it is well past time. Better the area formerly known as Iraq devolves into three more homogenous states than that this unworkable situation continues on forever. Tragically, there may well be even more bloodletting ahead. But the outlines of a more stable region in the medium term are at last in view.