Emily Thornberry: Labour would be 'off our rockers' not to campaign for Remain 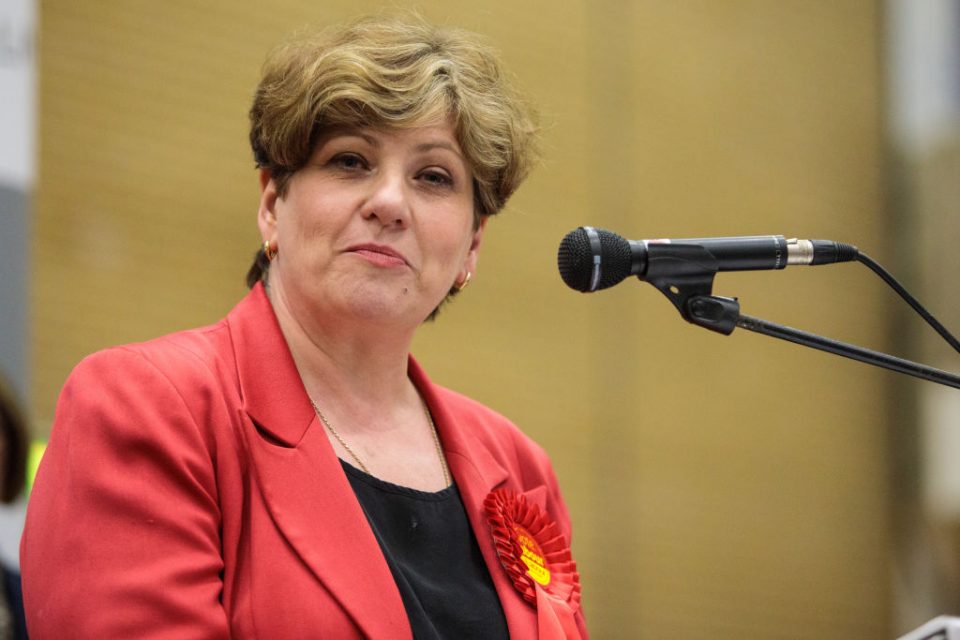 Emily Thornberry has said Labour would be “off our rockers” not to campaign to remain in the EU regardless of whatever Brexit deal was negotiated.

The shadow foreign secretary said any Brexit deal – whether it was one negotiated by the Tories or Labour – should be put before a public vote, and that Labour should campaign to Remain.

Read more: Alastair Campbell says he does not want to rejoin Corbyn’s Labour

Her intervention directly contravenes Jeremy Corbyn’s position, which is that Labour would campaign to Remain to stop a no-deal Brexit or “Tory deal that does not protect the economy and jobs”.

Corbyn has left open the possibility that Labour could campaign to leave the EU if it won a general election and negotiated its own Brexit deal with Brussels which was then put to the public in a second referendum.

Speaking on a visit to Australia, Thornberry said: “I think that any deal, or no deal, or whatever this government comes up with, should be put back to the British people so they can be asked: is this what you voted for? Because if you did, that’s fine.

“But we don’t think it is what you voted for. And I’m firmly of the view that Labour’s policy should be that whatever deal a government comes up with – no ifs, no buts, as Boris Johnson says – we should put it back to the people, we should have another referendum, and that Labour should campaign to remain.”

She continued: “When I’ve been talking to people here in Australia…what’s really come home to me is that one of the reasons for the increased success of the Australian economy…is that you increased your trade with your closest neighbours, and yet in Britain what we’re doing is walking away from our closest neighbours and our biggest trading allies.

“And people that I’ve spoken to here appreciate that, and I have to say practically all of them…have said if we get an opportunity to remain in the European Union, we should take it. Because if we don’t, we’re off our bloody rockers.”