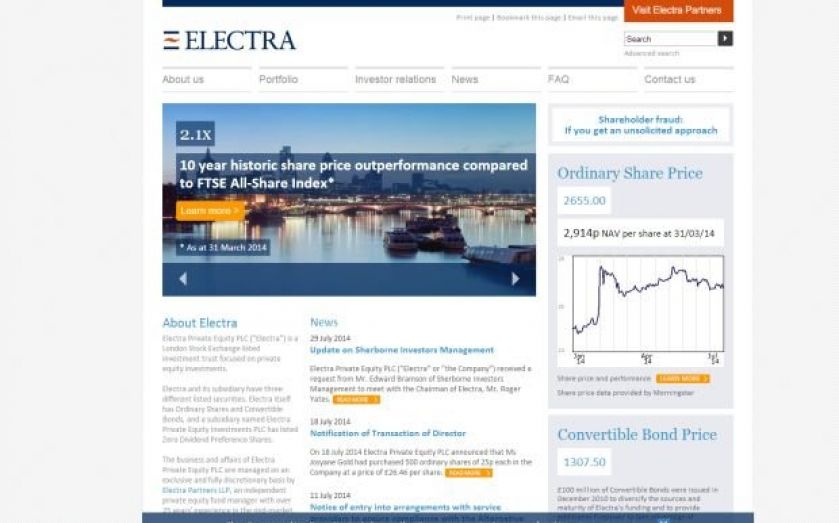 Electra will face a bill of up to £3m after facing down corporate raider Ed Bramson’s bid to wrest control of the fund yesterday.
Roger Yates, Electra chairman, said the long running battle would cost the group between £2m and £3m in banking and legal fees.
“I don’t think the way in which it’s ended up has been particularly positive. For it to be confrontational was completely unnecessary and it’s cost us a lot of money,” Yates told City A.M. yesterday.
Bramson lost a shareholder vote yesterday on a proposal to elect himself to the board of the investment trust.
Electra employed a phalanx of bankers from Goldman Sachs and JP Morgan and lawyers from Allen and Overy to help defeat the proposal.
Most of the costs were associated with the mountain of legal paperwork and meeting circulars associated with yesterday’s vote, Yates said.
“I really regret that because I hate wasting money,” he added.
Electra announced a review of its fee structure and balance sheet in the wake of the vote, opening the door for a potential cut in fees for investors and less debt.
Bramson issued a brief statement after leaving the meeting yesterday through his Sherborne Investors vehicle. He said he “looks forward to hearing more” about the review.
Bramson has been left with a stake of around 20 per cent, which he could sell back on to the market after his failed takeover bid.
Shareholders including former Jupiter boss Edward Bonham Carter, who is a private shareholder, and Investec’s Max King cast doubt on Bramson’s ambitions to overhaul Electra’s portfolio at the meeting.
“He had no opinions,” King said.

The whole process has been expensive for shareholders and that is a matter of great regret. At the moment it’s running at hundreds of thousands of pounds.
ROGER YATES, ELECTRA CHAIRMAN
If Bramson thinks there are billion of pounds hidden within the portfolio then he should bid for the whole thing at a fair price like other companies.
EDWARD BONHAM CARTER, INVESTOR
He did not share with us any insights whatsoever about any of the companies in the Electra stable. He had no insight, no thoughts, no opinions, no plans, none whatsoever.
MAX KING, INVESTEC