Editor's Notes: Tory immigration policy will harm the City and our economy, Corbyn's deleted Chavez past and City AM founders included in Change Makers series 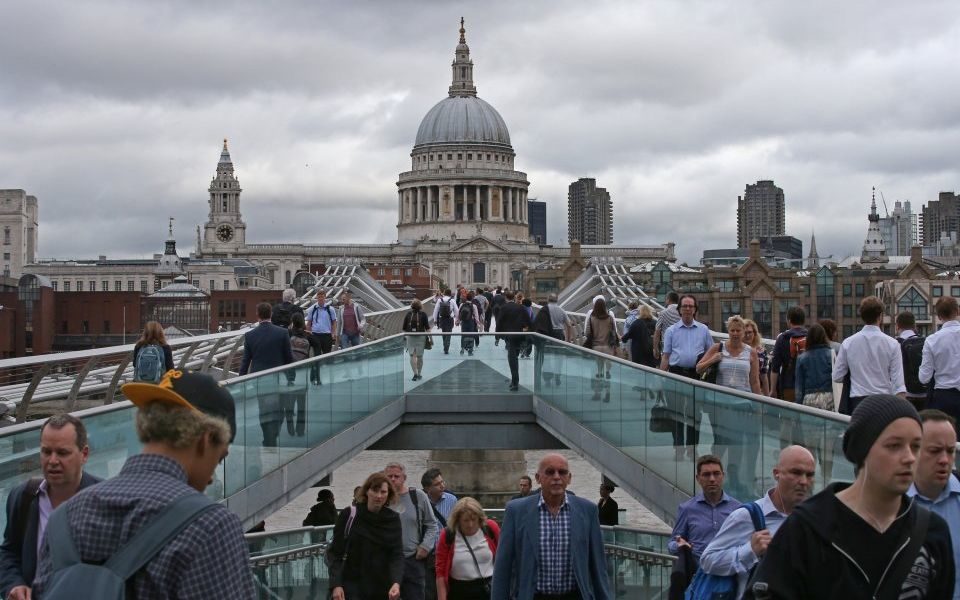 Back when George Osborne was chancellor and Theresa May was home secretary, the pair would argue over the wisdom of seeking dramatic reductions in net migration.

May was obsessed with the idea, and clearly still is, whereas Osborne was instinctively more comfortable with the view that immigration was nothing to worry about and the benefits were clear.

The government in which they both served was told by officials that they could either achieve their desired reduction in migration or they could hit their economic growth targets. They could not achieve both.

Today, May leads a new government and has committed once again to a target of net migration in the tens of thousands which, according to the Office for Budget Responsibility, would result in a £6bn annual reduction in tax revenue alone.

Nevertheless, she will presumably have welcomed yesterday’s official figures showing a fall in net migration of 84,000 from 2015 to 2016. Last year, fewer people came to the UK and, importantly, more people left.

In particular, 43,000 EU citizens left the country, up 16,000 on the year before. Business groups have called the figures “alarming” with the IoD saying “employers risk losing staff in positions that cannot easily be replaced from the home-grown pool available”.

On the same day that the latest figures were announced, City leaders discussed our post-Brexit future at a conference in Guildhall, with LSE boss Xavier Rolet pointing out that the government’s Financial Trade and Services Investment Board, on which he sits, is working hard to increase trade with China, India and the US.

The issue here is that May has stated a desire to reduce immigration from such non-EU countries. In other words, vital work to build global ties (desperately needed, post-Brexit) will be undermined by efforts to bring net migration down to an arbitrary and economically damaging target. This is madness.

Millennials in the City

Millennials are something of an enigma to many City firms. One senior chief exec who hires hundreds of graduates each year told me “we used to interview them, now they interview us.”

The cohort, approximately born between 1980-2000, gets a bad rep. Ipsos Mori revealed this week that the top three characteristics people assign to this group are tech-savvy, materialistic and selfish. But guess what? The top three characteristics that millennials ascribe to themselves are tech-savvy, materialistic and selfish. Go figure.

The internet never forgets, as much as we might wish otherwise. And while everyone deserves the chance to wipe the slate clean, those in public life are held to a higher standard. An article by Jeremy Corbyn, published on his website a few years ago, has since been taken down.

But if you know where to look you can still read his thoughts on how well comrade Chavez was doing by “liberating resources” and “rejecting neoliberal policies”. Fast forward a few years and the consequences of such policies are all too clear.

City philanthropy out in full-force on Byte Night

The City has a tremendous philanthropic spirit, something we recognise each year with the Lord Mayor’s Appeal and City Giving Week. In addition, the charity Action for Children organises a national ‘sleepout’ event in support of young homeless people. It’s supported by the IT and tech sector, which explains the name: Byte Night. In the City, BT, IBM and SAP are leading participants and this year marks the 20th anniversary of the event. I met Martin Gavin from the charity and he made a compelling case for City folk to join this October’s event, so search Byte Night and sign up.

A rare joint appearance on camera by City A.M.’s founders, Jens Torpe and Lawson Muncaster, who have been interviewed by Michael Hayman of Seven Hills as part of the “Change Makers” series. If anyone wants to understand the philosophy that drives these two media entrepreneurs, search for the video on YouTube. Hayman recalls how one industry bigwig greeted the paper’s launch with a prediction that it would fold within three weeks. That was 11 years ago. As Torpe says, the remark “galvanised us, it fired us up”.