Editor's Notes: If politicians want to win back trust they should start by ditching the lies, plus: Downing Street's new BBC hire, measuring GDP and innovative Estonia 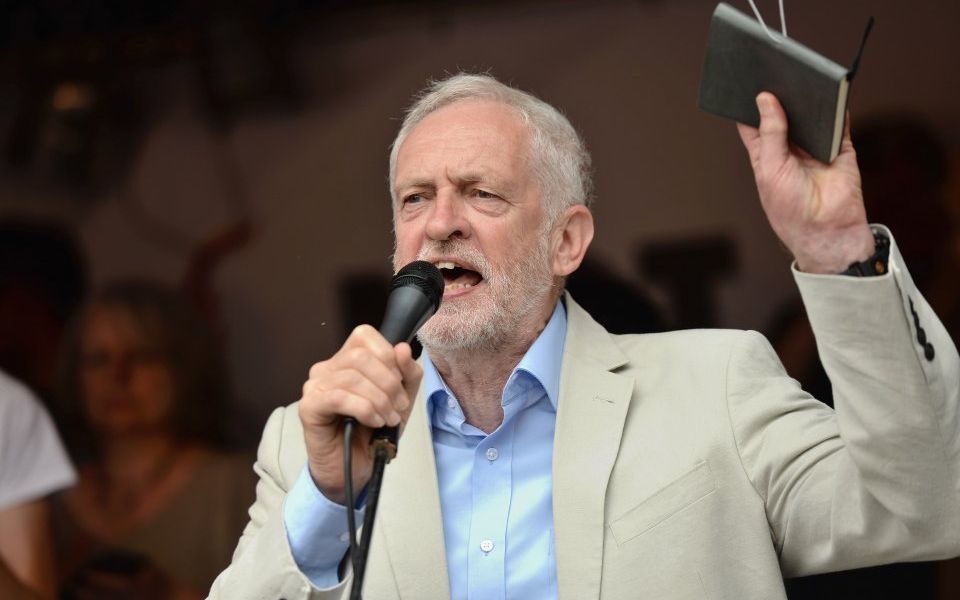 This afternoon I’m hosting a discussion on the theme of experts and how to earn trust in a post-truth world.

On the panel will be Andy Haldane of the Bank of England, Hetan Shah of the Royal Statistical Society and Julia Grant of Pro Bono Economics. Our host is the consultancy giant FTI, which has conducted a mountain of research into public perceptions of trustworthiness.

A presentation ahead of our conversation will reveal a large and growing section of the population who distrust “mainstream news” and will show just how mistrusted politicians and journalists have become. Indeed, whichever way you break down the demographics, politicians come 20th out of 20 professions ranked on trustworthiness while journalists come 18th, behind celebrities, pollsters, lawyers, hairdressers and doctors.

This is all food for thought, and maybe it was ever thus, but while we in the media need to reflect on our standing there are some simple wins that politicians could claim by making one simple change: stop lying.

This might be like asking a shark to go vegetarian, but we’re in a lot of trouble when even someone like Jeremy Corbyn (hailed as “authentic” by a growing number of fans) constantly spouts total rubbish. For starters he claims he was ahead of the curve in seeking to bring about peace in Northern Ireland while omitting to mention that his plan involved victory for the terrorists.

He also repeats the lie that tuition fees have resulted in fewer children from working-class families going to university. The claim is embedded in his stump speech despite having been emphatically refuted by all official bodies and the bastion of right-wing bias, Channel 4 news. Then there’s Corbyn’s shadow justice secretary – a position that ought to put a premium on truth-telling. Richard Burgon told the BBC last week that 150,000 people attended a Corbyn rally. When it was pointed out to him that the figure was 15,000 he just smiled and carried on talking. The problem of trust won’t be addressed if we carry on like this.

Downing Street has hired the head of BBC Westminster, Robbie Gibb, as its new director of communications. This is a smart hire as he’s a hugely respected figure across politics. For a short while I worked for him at the BBC and after my first few days on the team he said to me: “Do you see what a collaborative process live TV is?” He went on: “That’s why I get so annoyed when people allege a deliberate bias in our coverage, because the conspiracy would have to be so vast that it’s just not possible.”

Estonia is by far my favourite Baltic country, and I’ve never even been there. This plucky little country, which lives under the shadow of Russian aggression, has digitised just about every function of the state, making it the world’s most advanced e-democracy. Indeed, should Russia seek to wipe out its digital memory the Estonian government can upload it afresh from its ‘data embassy’ in Luxembourg. They’re also offering digital residency to UK firms keen to retain an EU presence. Top marks for innovation.

Earlier this week I spoke to a gathering of staff at the PR and campaigns firm Seven Hills. I spoke mostly about the potential benefits of unorthodoxy and of doing things differently. Such an approach has often been favoured by City A.M. and was certainly evident at the venue for the event: the HQ of advertising and tech darling Unruly – a large part of whose office appears to be astroturfed. As if to hammer home my point, I gave my talk while holding our three-month-old son, Chaplin, in my arms. He often comes with me to work for a few hours, and my thanks to Seven Hills for welcoming him.

Get thinking for the Indigo Prize

How should we measure economic activity? GDP is the current benchmark – essentially the value of all goods and services a country produces. For a while, economists, politicians and wonks have debated whether the measure is sufficient. What about human capital, social improvements and innovation? Should these be included in our efforts to put value on a country’s output? The Indigo Prize thinks so, and is offering £100,000 to the person who comes up with the best new model. Get thinking!