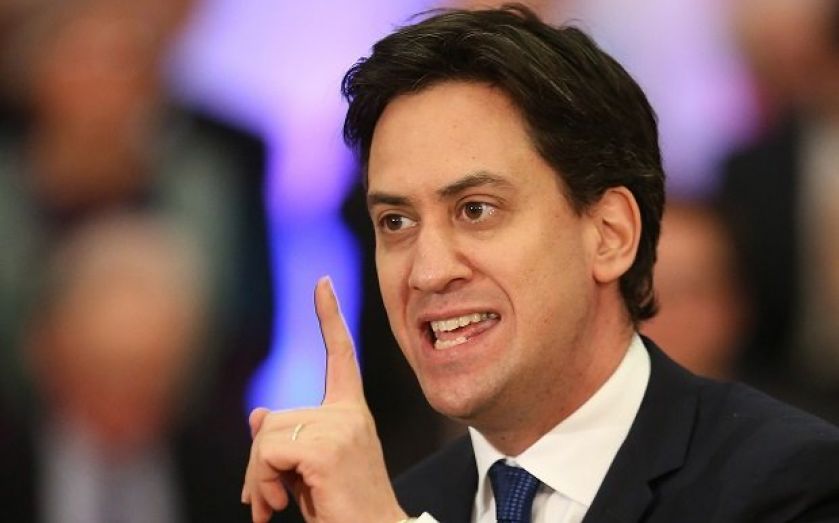 Ed Miliband will launch a vigorous defence of Britain's EU membership warning Conservative plans for a referendum could put the UK's economy at risk.

In a speech to the Confederation of British Industry (CBI) to be delivered on Monday Miliband will say:

I make you this promise: if I am prime minister I will never risk your businesses, British jobs, or British prosperity by playing political games with our membership of the European Union.

The leader of the opposition will attack the Prime Minister for isolating Britain in Europe but will advocate reform to the EU budget and emphasise the importance of avoiding the label that Britain is "not open for business".

He is expected to say:

Leaving the single market and stepping away from a trading block that strengthens Britain's ability to work with the new economies, like Brazil, India and China, would be a disaster for our country.

In keeping with legislation already on the books, the Labour leader will promise there will be no further transfer of powers to Brussels without a referendum. Reports of the speech come on a day when the press is awash with criticism of Ed Miliband and fresh opinion polling showing even the Labour party's own supporters lack confidence in his ability to deliver victory.

The shadow education secretary Tristram hunt forcefully denied reports from the Mail on Sunday that he "plunged the knife in" to his leader. Hunt is said to have concluded that Miliband's attempt to stem his plummeting poll ratings had been a "total failure". The Labour leader had a poor week with polling showing him to be even more unpopular than beleaguered Lib Dem leader Nick Clegg.

The Guardian carried reports this morning that as many as 20 shadow ministers saying they would be prepared to oust Miliband if veteran Labour MP and former minister Alan Johnson would lead the party into the next election.

Johnson has previously insisted that he has no interest in returning to frontline politics, but some Labour MPs don't believe there may yet be hope to persuade Johnson to rescue the Labour party from the prospect of a second general election defeat.

While there may be widespread discontent on Labour's backbenches, the party has been historically resistant to ousting its leaders or as in the case of Gordon Brown simply incapable of executing an effective coup.