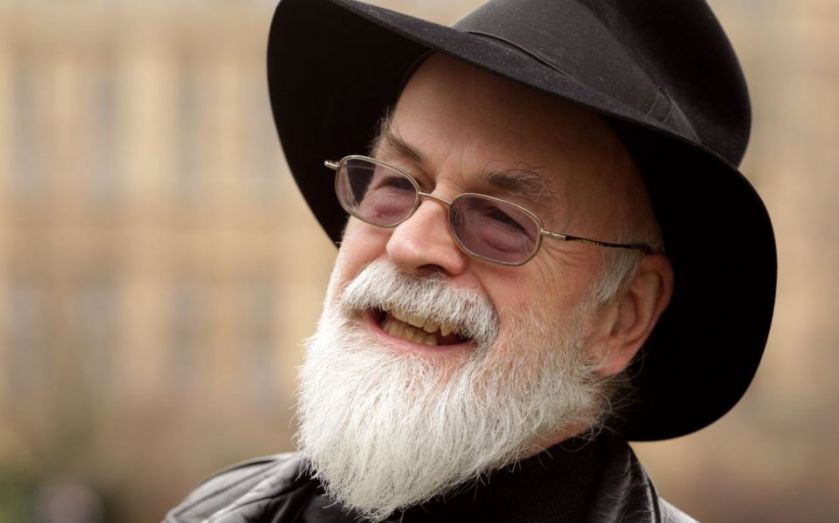 A flat earth. Beneath: a turtle ten thousand miles long. Above, wandering the surface of this world and mirror of worlds: zombie lawyers; a sinister clown running a bank where the chairman is a small dog; a tourist openly carrying a bag of gold, blissfully unaware of the prevailing exchange rate. The loss of Sir Terry Pratchett takes away a national treasure, but we are left with the imaginative feat of his Discworld series. Despite the fantastical setting, Pratchett used its artifice to reflect on reality. And from the outset, economic themes were central. The Discworld saga begins as a new type of financial wizardry – its denizens mispronounce it as “echo-gnomics” – starts disrupting the stock cliches of the fantasy genre. Forty books later, in 2013’s Raising Steam, Pratchett would imagine the empowering arrival of the industrial revolution through the same magical lens. In between, his books addressed everything from the horrors of living in a totalitarian fairytale of forced labour (Witches Abroad) to the bittersweet lessons in political economy taught by a revolution (Night Watch) to questioning the merits of the gold standard (Making Money). Like other great comic novelists, from Austen to Wodehouse, Pratchett’s work is both silly and serious, looking at human nature with a kind of horrified wonder. But perhaps his most original contribution was to turn that wondering eye on to the world of commerce. Pratchett does not simply sing the merits of the commercial spirit. The Disc’s great trading metropolis Ankh-Morpork is full of unplanned energy but never a pretty sight. Yet in Guards, Guards, a reign of terror begins with attacks on small businesses driven by envy and resentment whipped up by a cynical politician. In later books, a conman redeemed through entrepreneurship becomes the hero who saves the day. It is the rich, human mess of the marketplace, under the rule of law, that his heroes strive to protect. Through Pratchett’s generous gaze we see not only the absurdities of a commercial civilisation, but also its abiding value.