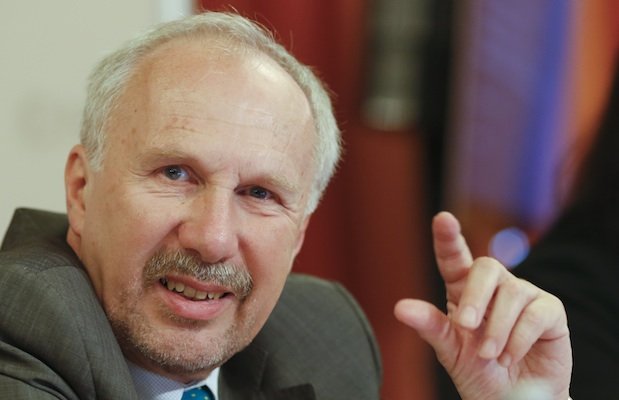 The European Central Bank's (ECB) governing member Ewald Nowotny has spoken optimistically this morning on the economic situation in the Eurozone.

Nowotny said that the "massive crisis" in the euro economy is over, and that, by next year, recession in the area will have ended, with all European monetary union countries seeing growth. He added that the situation in Europe has calmed, and the euro is gaining kudos as a global currency.

On the International Monetary Fund talks earlier this week, Nowotny reported that the focus was on the US and emerging markets. The dollar, he said, will remain the most important current for a long time to come. He added, however, that there remains a certain distrust of the dollar, and that the US budget deal is only a short-term measure.

The president of the National Bank of Austria stressed that the central focus of the ECB is price stability, and that the bank would react if there were a danger, but there is no danger seen at the moment.

The situation in Greece, Nowotny said, is in challenging.

He also said that his own country's Hypo-Alpe-Adria Bank will need more state aid.