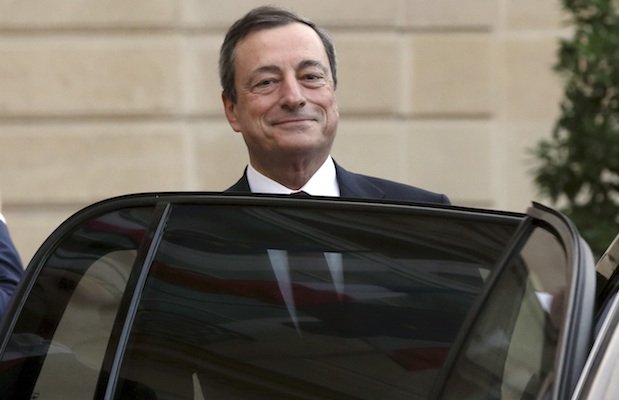 The European Central Bank has announced its decision to hold the interest rate for the Eurozone at 0.5 per cent. All other rates remain unchanged.

Capital Economics' Ben May comments on the ECB's decision:

The ongoing improvement in the outlook for the euro-zone economy had ruled out an ECB interest rate cut today. Meanwhile, the US Fed’s recent communication problems, coupled with disagreements within the Governing Council, suggest that President Draghi will shy away from providing more explicit forward guidance at the press conference (at 13.30 BST). However, given the recent falls in the amount of excess liquidity, Mr Draghi is likely to make it clear that the ECB stands ready to act if this prompts a rise in market interest rates that threatens the fragile economic recovery. While he may signal that the Bank could provide new LTROs in the future, an announcement today seems unlikely. Given the doubts over the effectiveness of more LTROs though, other new measures to stimulate lending may eventually be needed to sustain the recovery.