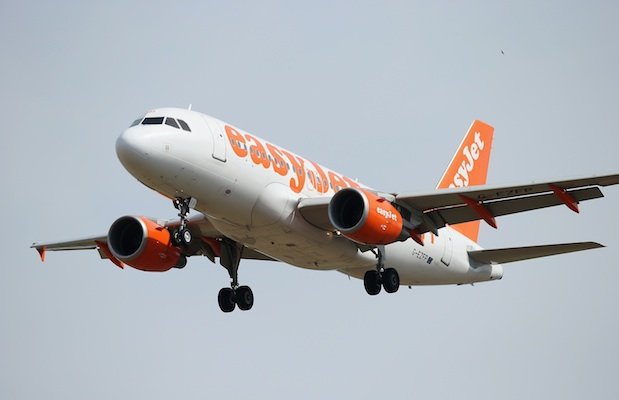 EasyJet has announced a profit jump of 51 per cent, with profit before tax at £478m in the year to 30 September. This morning, it topped the FTSE 100 risers, with shares up over six per cent.

The increase sees the budget airline smash its profit record for the third year in a row. Total revenue was up 10.5 per cent in 2013, at £4.3bn, with the firm's proposed ordinary dividend up 55.3 per cent at 33.5 pence per share. However, the results, which were expected to be rosy, don't distract from the less optimistic outlook for 2014, with the group forecasting the that first quarter will be "impacted by the tough comparison with the prior year due to strong post-Olympics demand in the UK… and by a number of European governments imposing travel restrictions to Egypt." (Release)

The airline joined the FTSE 100 in March and introduced allocated seating on all flights in September 2012, in a bid to attract more business passengers. Chief executive Carolyn McCall said today: The results reflect easyJet's continued structural advantage in the European short-haul market against both the legacy and low cost competition. Our disciplined approach to capacity allocation has resulted in a meaningful growth… As evidence of our continued confidence in the future prospects… the Board has recommended to return £308m to shareholders through the combination of an ordinary and special dividend."

EasyJet warned that the situation in Egypt will lower first half revenue per seat growth by 0.7 percentage points and, past Easter, by a further 1.5 percentage points. This means that revenue per seat will be only "very slightly up" on this year. It added that disruption will be greater next year, with ATC strikes having an impact and a power outage at Gatwick last month (which saw 152 flights cancelled) already effecting results.