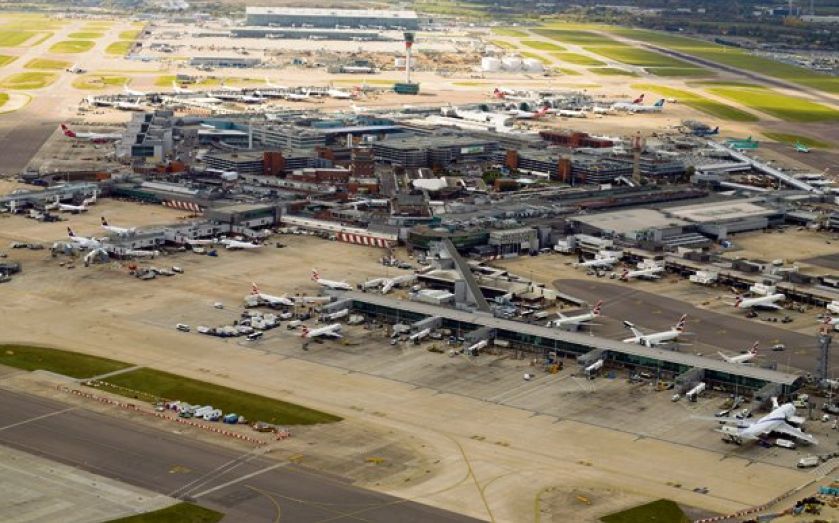 AS PARTY conference season comes to an end and we close in on the 2015 general election, it is critical that the future of the UK’s aviation capacity is not politicised. When the Airports Commission hands down its recommendation next year, the country needs a quick decision from government with cross-party support.

This debate isn’t about concrete, it is about the future we want for this country. Do we have the ambition to remain at the heart of the global economy, or are we prepared to be on a branchline to growth? If we are ambitious as a nation, we urgently need to address the bottleneck in UK aviation – by expanding Heathrow, our hub airport.

The global landscape is changing and the growing economies are almost all in Asia and the Americas – markets you can only get to by air. If we want to win the “race for growth”, we need to be better connected to growth markets than the French and the Germans.

The UK’s competitors in Europe are growing business routes to these destinations by expanding their hub airports. Heathrow, the UK’s hub, has been full for 10 years and we have been turning away new routes.

For all that time, Britain has effectively had a “dispersed model”, with overseas airlines encouraged to fly from other London airports. Has it worked? No. There is huge demand from overseas airlines to offer a daily direct service to Heathrow. But if they can’t fly to Heathrow, they opt instead to “hub” from Paris, Amsterdam or Frankfurt.

Forcing airlines to go to another European hub is throwing away the UK’s competitive advantage – missing out not only on direct flights for British exporters, inward tourism and investment, but also on flights for exports themselves.

We often overlook the importance of our hub to exports – the same planes that carry exporters all over the world also carry their goods. In fact, a quarter of British exports by value go by air from Heathrow. If we want to double British exports, how are we going to do it if we don’t expand Heathrow?

By expanding Heathrow, we can connect the whole nation, from Newquay to Inverness, to new, fast-growing markets in Asia and the Americas and win the race for jobs and growth. We can have the most modern and efficient airport in the world, at the heart of an integrated transport system. With Crossrail, all of London will have easy access to Heathrow. With HS2 and Western Rail access, all our major cities will be brought closer together, and regional businesses will be on the doorstep of global markets.

This is my ambition for the future. Others see a future where we fly to growth markets through Paris or Dubai – putting Britain on a branchline to growth.

The Airports Commission has encouraged a healthy debate on an issue of national importance, and will make a recommendation after weighing the pros and cons of each option. I was encouraged to hear support for the Commission from the leaders of all three main parties, along with a desire to make tough decisions soon after the election. This is a process that needs to be supported.