NEW YORK (Reuters) – The dollar rose on Friday in thin trading, on pace for its third weekly gain, after data showed the world’s largest economy created more jobs than expected in March, suggesting it is on a steady path to recovery from the global pandemic.

Financial markets are closed in Australia, Singapore, Hong Kong, Britain, Europe and the United States in observance of the Good Friday holiday.

“The important thing is that the employment trend is pointing in the right direction,” said JJ Kinahan, chief market strategist at TD Ameritrade in Chicago.

“We’re not where we were pre-March last year. We’re still down 5.5% from our peak, but we continue to make great progress,” he added.

Sentiment for the dollar has improved in recent weeks, while Treasury yields have spiked, as the Biden administration’s planned stimulus of over $2 trillion and a rapid COVID-19 vaccine roll out spurred economic optimism as well as inflation fears.

U.S. benchmark 10-year Treasury yields were last at 1.705%, up nearly 3 basis points from the previous session. [US/]

In mid-morning trading, the dollar index was up 0.1% at 92.959, posting gains in five of the last six weeks. It is headed for its third straight weekly rise.

The dollar’s ascent to multi-month highs is likely to continue as more investors bet on economic recovery.

The dollar was up slightly versus the yen at 110.68 yen <JPY=EBS>, not far from its strongest level in a year at just under 111 yen.

The greenback was little changed against the Swiss currency at US$0.94170 Swiss franc <CHF=EBS>, after losing 0.2% on Thursday.

Across the Tasman Sea, the New Zealand dollar was flat at US$0.7025. 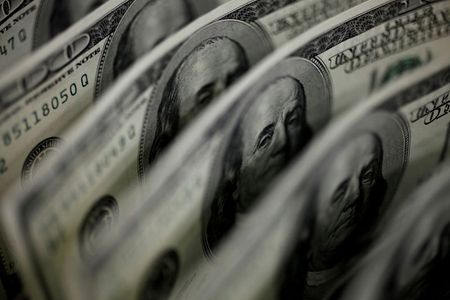