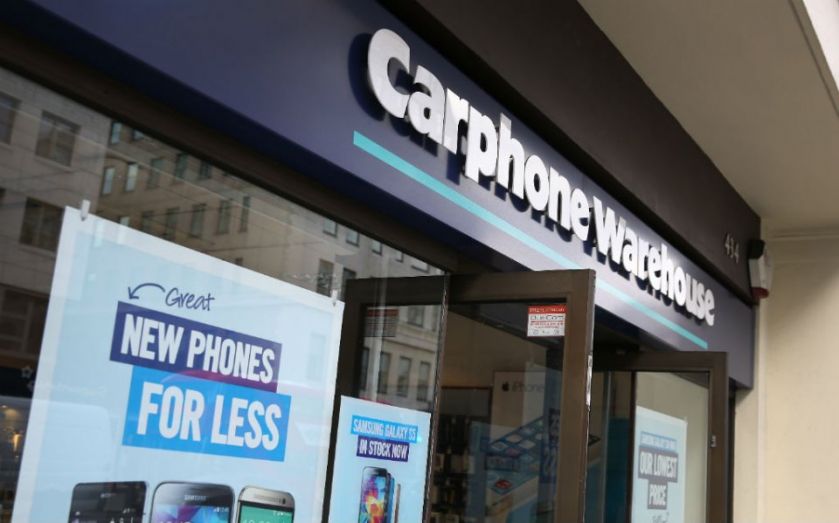 It seems Dixons Carphone is reaping the benefits of being the UK's last electronics retailer standing, after full-year profits smashed expectations.

Formed by a merger of electronics giant Dixons and mobile phone retailer Carphone Warehouse last year, the company has gone from strength to strength since its creation. Results for the 13 months to the beginning of May showed pro forma headline profits before tax rose 21 per cent to £381m, up from £316m last year. That's well ahead of guidance posted in June, which suggested the figure would be in the region of £355m to £375m.

Meanwhile, group like-for-like revenues rose six per cent to £9.9bn, rising eight per cent in the UK to £6.5bn.

Before its £4bn merger with Carphone Warehouse, Dixons had spent a few years quietly absorbing high street rivals such as Currys. Today's results suggest the company will continue to ward off threats from online rivals such as Amazon, whose "Prime Day" promotion yesterday appeared to be a bit of a flop.

Earlier this year the newly-formed company signed a joint venture agreement with US mobile network Sprint Corporation to open 500 stores in the US, which it said today was a "very exciting opportunity".

But brokers aren't all convinced. At the beginning of this year JP Morgan downgraded the company, calling it "not a growth business". Today retail analyst Nick Bubb said that while integration between the two sides was progressing well, "we can't see much new news otherwise".

This has been a terrific first year for Dixons Carphone. We have seen excellent increases in both sales and profitability and we have made very encouraging progress with the tricky job of integrating these two great companies…. [but] the job is far from done. I am acutely aware that there is no room for complacency in a sector which has seen unprecedented change, bringing both opportunities and challenges.
Nevertheless we are very optimistic about the road ahead, and Dixons Carphone is lucky to have such a fantastic team of people – in every part of the business – to deliver these goals. My sincere thanks to them for everything that has been done so far.

Dixons Carphone has made excellent progress since its merger, and continues to perform strongly.