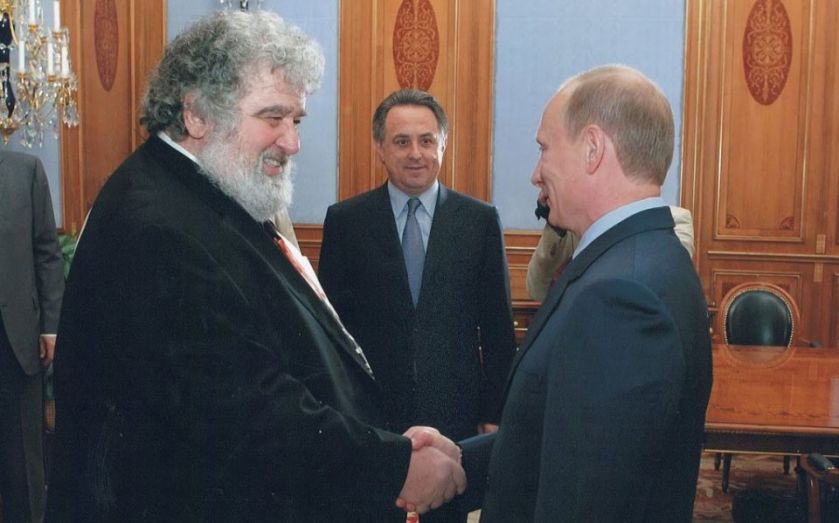 The details of the eccentric American's guilty plea to 10 charges of corruption in 2013 were revealed last night, throwing even more scrutiny on scandal-struck Fifa.

It also put the spotlight on the man himself, a big, bearded American with a broad smile, a pet parrot and a bizarre blog entitled "Travels with Chuck Blazer and Friends", which details the rip-roaring lifestyle of a top Fifa exec in the organisation's golden years.

During Blazer's "travels with friends", he rubbed shoulders with political heavyweights Nelson Mandela and Vladimir Putin, as well as figures from football such as Sir Bobby Charlton and Michel Platini – and the odd Miss Universe.

Blazer's account of meeting Putin is particularly extraordinary. He writes: "Genial welcomes continued until at one moment, he looked at me with a very serious gaze and said, without cracking a smile, 'You know, you look like Karl Marx!'

"I guess I could have responded to his observation in any of a dozen unpredictable ways. Instead, I simply winked at him and said, 'I know'. This brought an immediate response, with him lifting his right arm up in the air and thrusting it forward to give me my first high-five from a Prime Minister."

…and members of our own Royal Family:

For Blazer, each holiday provides another excuse to put up a stadium's worth of decorations in his office and snap himself in a new fancy dress outfit.

Blazer, who sat on Fifa's executive committee from 1996 to 2013 when he resigned, enjoyed two Trump tower apartments in New York. According to a New York Daily News investigation, that included a $6,000 flat just for his cats.

Flipped by the FBI, Blazer wore a wire to meetings to assist the investigation which eventually led to the sensational arrest of a number of top Fifa officials last week.

The accompanying comment to this picture is quite something: "Doris Fernandez, a 15 year veteran of our New York office, nursed me back to full strength as her stethoscope tickled me with its cold plate against my heated chest."

And here he is as a jedi. Just because, you know. Why not.