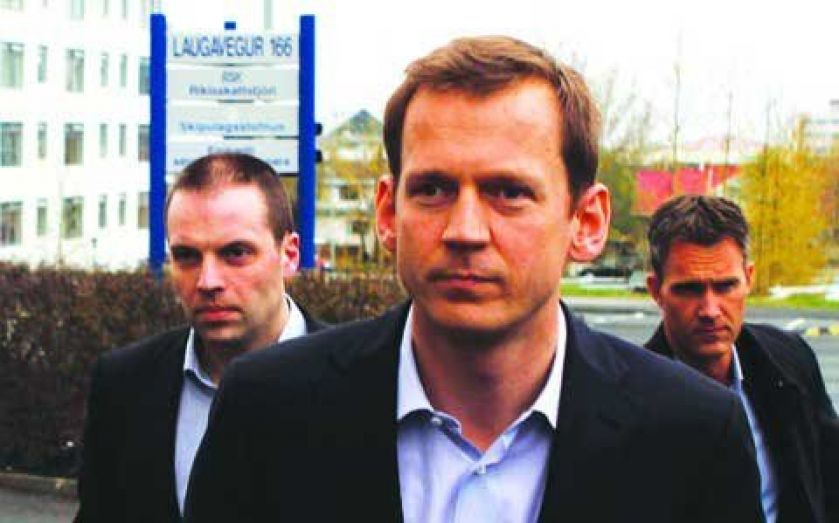 DIRECTORS of the British arm of collapsed Icelandic bank Kaupthing yesterday agreed not to hold senior banking positions in the UK during the next eighteen months, escaping a fine or further punishment. Following a three-and-a-half year investigation into Kaupthing Singer and Friedlander Limited (KSFL), the Financial Services Authority (FSA) concluded that former chief executive Armann Thorvaldsson, former non-executive chairman Sigurdur Einarsson and former non-executive director Hreidar Mar Sigurdsson cannot hold top roles at authorised British institutions for five years. But the punishment has been backdated to October 2008, meaning that their ban will expire at the end of next year. The FSA’s investigation  focused on KSFL’s failure during the early days of the financial crisis to properly challenge the reliability of a £1bn finance agreement it had with its Icelandic parent bank. “KSFL failed to consider promptly and properly whether liquidity stresses in Iceland would have a detrimental effect on its own liquidity position,” the financial watchdog said in its statement. The FSA said it would have imposed “a significant financial penalty” on KSFL if the firm was not already in administration.