Boss Christian Sewing to buy £19,000 of Deutsche Bank shares every month until 2023 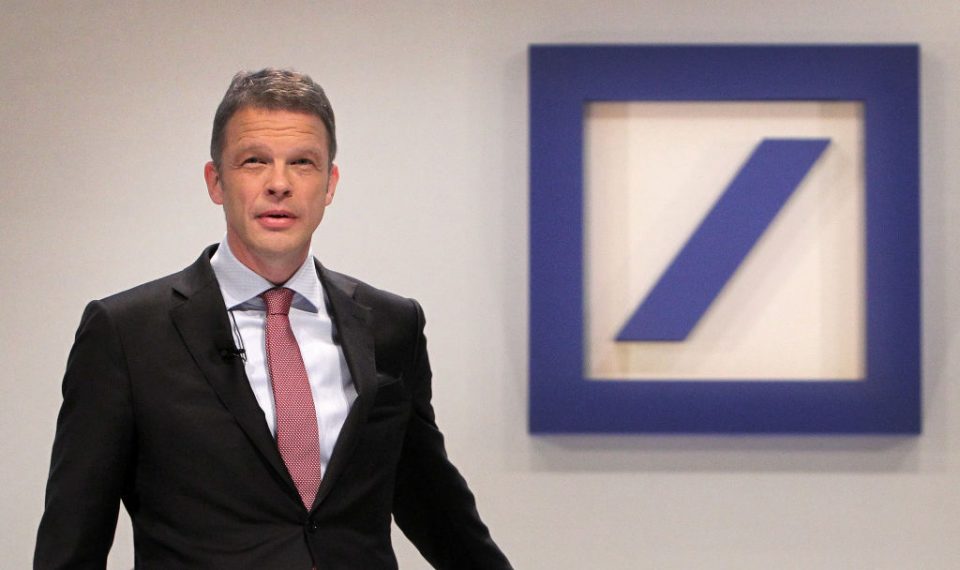 The boss of embattled German lender Deutsche Bank will spend 15 per cent of his monthly net salary buying shares in the company.

In July Sewing sought to reassure investors of his confidence in the company’s turnaround plan by vowing to invest “a substantial amount” of his own income in the group.

“I am putting my money where my mouth is,” Sewing promised analysts in early July when the group revealed its transformation plan.

In the last few months brokers and investors have been digesting Sewing’s radical cost-cutting plan, which involves axing 18,000 jobs globally as part of an attempt to stem its decade-long decline.

Deutsche is closing its global share-trading business and significantly cutting back investment banking operations, saying that the restructuring will cost €7.4bn.

The German bank’s share price has risen one per cent today, with the value of its stock having recovering slightly in recent days after hitting a record low of €5.78 last month.