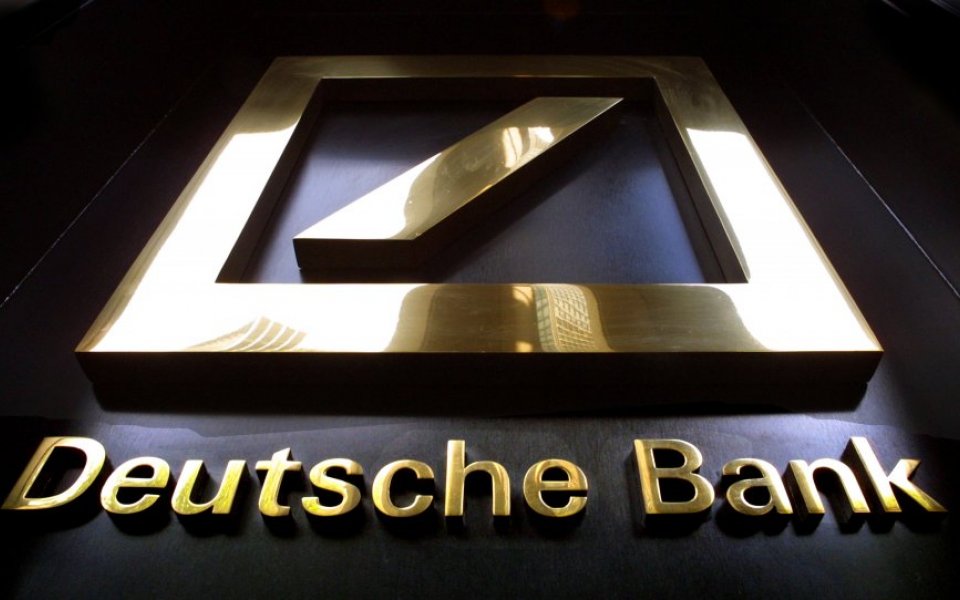 Shares in leading banks tumbled throughout Europe today, with Deutsche Bank and Standard Chartered falling by 6.02 per cent and 4.29 per cent respectively.

A sea of red engulfed the sector as fears spread of slowing economic growth and credit losses from energy companies hobbled by low oil prices.

Brenda Kelly, head analyst at London Capital Group, told City A.M.: "The fall in oil prices and a broader equity wipeout over the last few weeks is really creating havoc for bank shares. This implies a lot of the debt remaining with them won't necessarily be repaid."

Oil prices fell to as low as $27 per barrel this year, however they've since recovered somewhat to trade around the $35 mark, buoyed by the weaker dollar despite rising supply.

"For once, miners are not at the forefront of the selling in London. That dubious honour goes to banks, which are in full retreat on a heady cocktail of worries," Chris Beauchamp, a senior market analyst at IG, said.

Heightened concern comes against an already tough trading environment for Europe's banks. They've had to battle spiralling legal costs, while footing the bill for restructuring fees and severance pay. Deutsche Bank revealed its first annual loss since 2008, while UBS said investors had pulled billions of dollars in assets out of its flagship wealth management business.

"I think people haven't even caught up with what is going on, and that really concerns me," Raoul Pal, the founder of Global Macro Investor, told CNBC.

"I look at the big long-term share charts of them, and I think this looks very terrifying indeed. I have not seen anything like this for a long time." 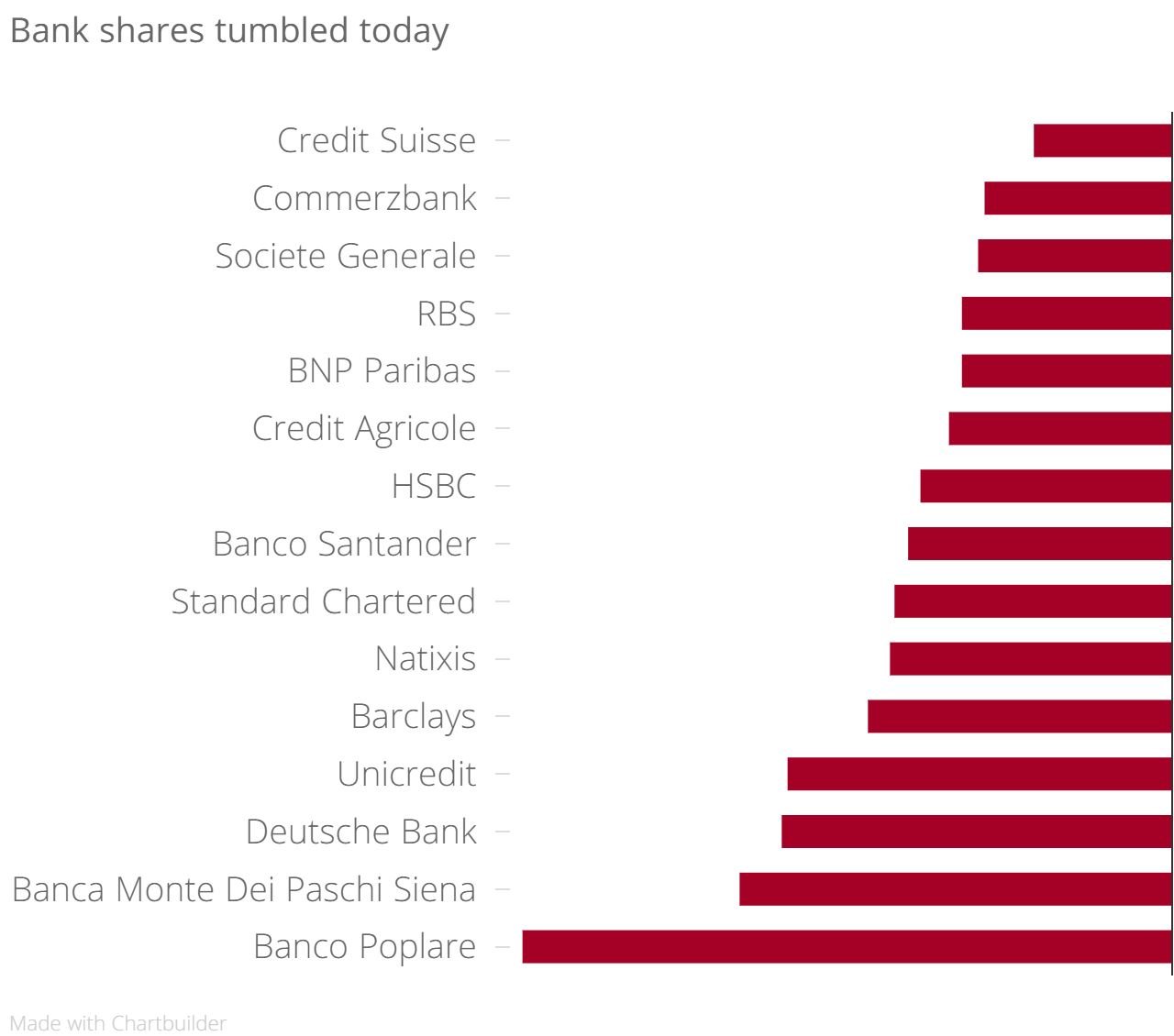 Banco Popolare shares closed down 10.02 per cent, while Natixis shed 4.35 per cent and Banco Santander finished 4.07 per cent lower.

Deutsche Bank shares suffered some of the biggest losses, closing down 6.02 per cent. The price of its riskiest bonds, or CoCos, fell to a record low today, as concerns over when they can be called – i.e. redeemed ad reissued by the bank – fed into the general malaise.

Italian banks were also hard hit, with the FTSE Italia banks index shedding 5.9 per cent today, taking its losses to around 30 per cent year-to-date. Banca Monte Dei Paschi Siena closed down 6.67 per cent today, while Unicredit ended 5.93 per cent lower. It comes amid mounting concern over exposure to bad bank loans in some of the country's biggest lenders.

But the pain was felt across broader equity markets with the Euro Stoxx 600 closing down 1.54 per cent to 329.43 points.

Over in the US, equities managed to shrug off the gloom, turning higher in late afternoon trading as the rebound in oil prices helped energy stocks. The S&P 500 rose 0.5 per cent to 1,912.60 points, while the Dow Jones Industrial Average added 1.13 per cent to 16,336.59 points.

They'd lost ground earlier in the day after jobs data cast doubt on the strength of the US economy. Private payrolls rose by 205,000 compared with 267,000 in December, according to ADP.