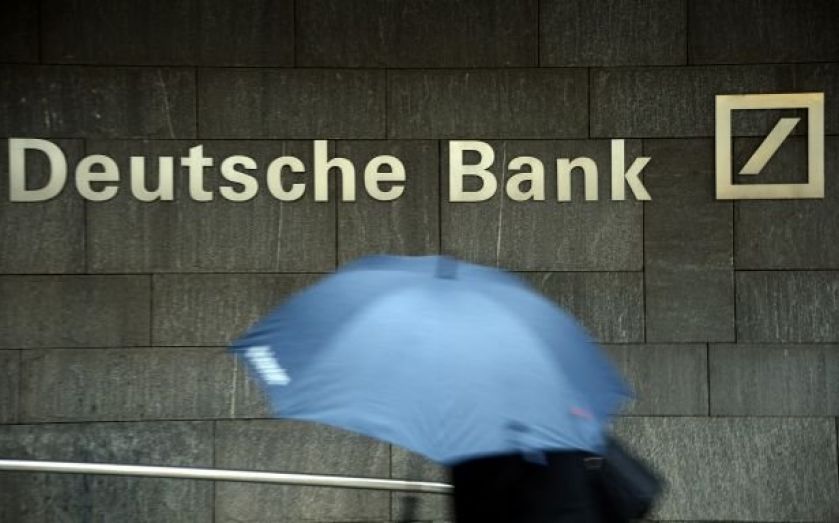 Deutsche Bank has posted a net losses of €92m (£72.6m) for the three months to the end of September, with pre-tax income of €266m.
The third-quarter loss stems from the legal costs of settling a number of investigations, and compares to a €51m profit during the same period last year.
Alleged misconduct by the bank has resulted in increasing penalties from global authorities, with wrongdoings ranging from manipulation of benchmark interest rates to mis-selling mortgage-backed securities. It is also accused of breaching US sanctions by doing business with Iran and other blacklisted countries.
The poor results didn't come as a surprise to investors – last week Deutsche said it had set aside an additional €894 million to cover legal costs.
As such, share price fell by just under one per cent to €25.02 during mid-morning trading – a small drop relative to the size of the loss experienced by the bank.
The bank also announced this morning that next year, chief financial officer Stefan Krause will be replaced by Marcus Schenck, who is currently a partner at Goldman Sachs. However, Krause will remain on the bank's board to oversee its cost-cutting programme.
In a statement, the bank's co-chief executives Jürgen Fitschen and Anshu Jain said net income for the period was “materially impacted by provisions as we continued to work toward resolution of litigation matters related to legacy issues".
“We also incurred costs of adapting to new regulation, elevating our systems and control frameworks to best in class, and investing in growth in our core businesses,” they added.