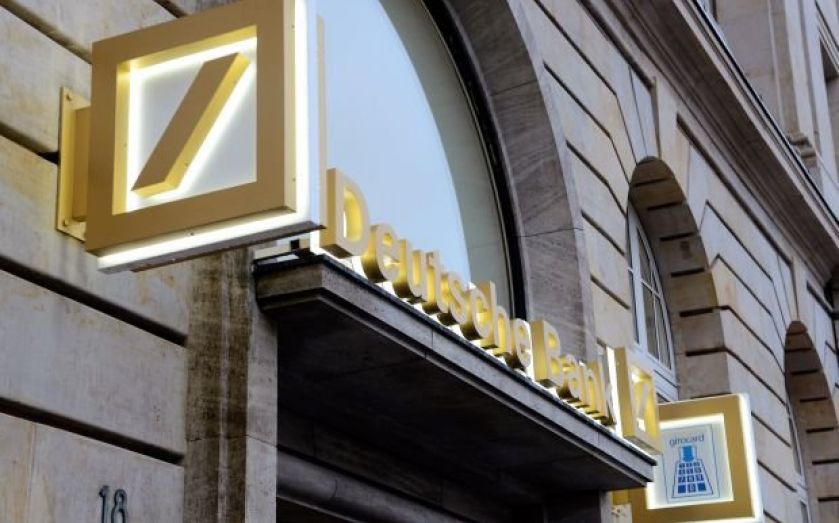 Trading revenues were once the mainstay of many an investment bank, and made up the glamorous end of the City. It is always the traders who get the public’s attention. Who ever complains about City brokers or City auditors?
But we might just be seeing the last hurrah for this powerful breed.
Earlier this year, fixed-income, currency and commodity (Ficc) trading revenues crashed, falling 10, 20, even 30 per cent at different banks.
Flat markets meant there was little demand for their services. Clients could trust that exchange rates would stay steady and interest rates remain low, instead of requiring a hedged position.
Now some volatility has returned, with the prospect of interest rate rises on the horizon, and divergence in growth between the US, UK, the Eurozone and emerging markets pushing currencies in different directions.
Sure enough, Deutsche Bank reported this with a cheer. 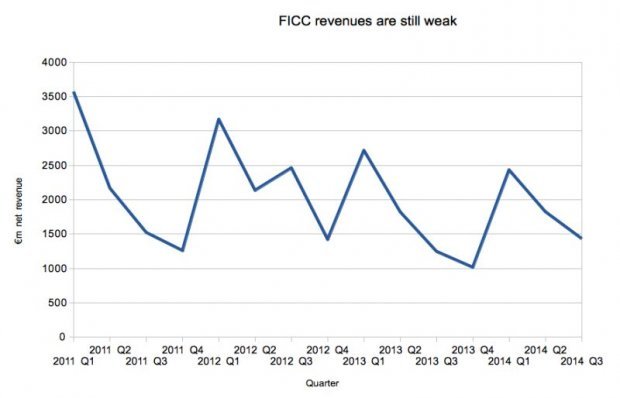 Foreign exchange trading in particular has given it a big boost in the third quarter, with revenues up 15 per cent on the year.
Sadly for the German powerhouse, this is only one side of the story.
One problem is that the sales jump is a 15 per cent rise from a relatively low base this time a year ago. Look at the chart above: the downward trend over the past three years is still pretty grim.
A second is that costs are permanently higher thanks to a swathe of new rules forcing banks to hold more capital against the trading book.
When Ficc traders could once generate a return on equity of 15 or 20 per cent, they are now operating at up to 10 per cent – and even if good times return, might only make 12 per cent.
Set that against a cost of capital of around 11 per cent, and you have a problem – a cyclical business that will only make modest profits even in the boom years.
This is affecting the whole sector, so rival European players such as Barclays and UBS have cut back some areas of Ficc trading to focus on those where they are stronger – wealth management or debt and equity advisory work.
Deutsche’s main tactic is to tough out the storm. When the rivals are gone, it will swipe market share and really get the volume it needs.
But look at that graph again. These choppy – and falling – revenues come despite those other banks pulling out.
Deutsche should not rely too heavily on the remains of this albeit glamorous industry for its long-term success.