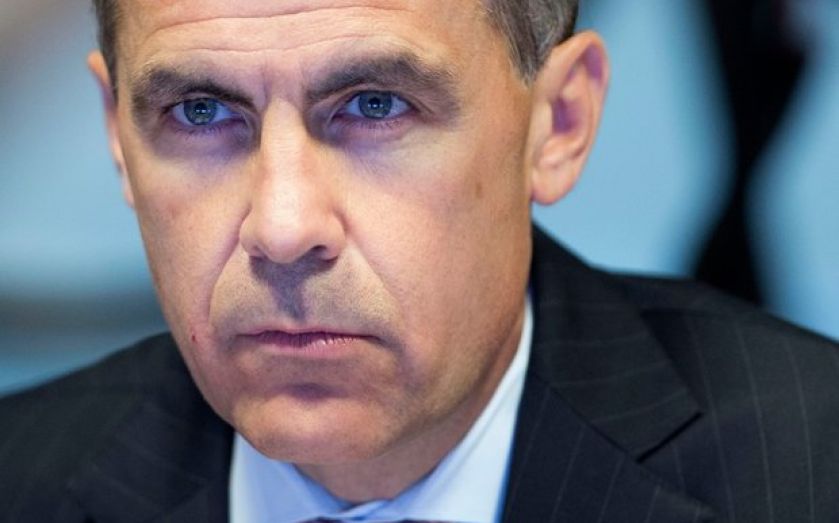 MARK Carney has had a lucky start as governor of the Bank of England. Business surveys and labour market data suggest that the UK economy continues to grow and has probably picked up momentum. He has narrowly avoided having to write his first explanatory letter to the chancellor, with inflation coming in at below 3 per cent in June.

So far so good. But what next? Yesterday, analysts were scouring the minutes of Carney’s first Monetary Policy Committee (MPC) meeting for clues.

The first issue of interest was that the new governor did not follow his predecessor in voting for more quantitative easing (QE). Indeed, there were no votes for more easing. The Committee was unanimous in voting for no change in policy for the first time since October last year.

But the minutes make clear that this unanimity may not last. The majority of the Committee believe that current policy settings are right for the economy, given the improvement in growth and the current inflation outlook. A minority appear keen on more stimulus, but are biding their time – waiting for the completion of the Bank’s reviews of “forward guidance” and the potential for using unconventional policy tools other than QE. So the consensus on the Committee could break down next month when these reviews are completed, and when we may also find out which camp Carney belongs to.

The second issue of interest in the minutes is that they showed the beginnings of a debate within the MPC on “forward guidance” – the idea that central banks can influence the economy by making statements about their future intentions. The MPC has already dipped its toe in the water, with guidance that the markets had started to expect interest rates to rise too quickly. But a more substantial statement is due in August, alongside the Bank’s Inflation Report.

There weren’t many clues in these minutes about the approach the Committee is planning to take. But there were plenty of indications of the difficulties the MPC will encounter in designing appropriate guidance.

First, it is clear that there are still considerable differences among MPC members on how policy should evolve. Even among the majority, which appears more comfortable with keeping policy on hold for now, there is a division of view. Some believe that more QE could help the economy if needed, while others think it would not be effective. With such policy differences, designing credible forward guidance, commanding convincing majority support, will be a major challenge.

Second, clear forward guidance requires the MPC to look ahead, using forecasts to form a view of the economy in the future. However, forecasting the UK and other economies since the financial crisis has been very difficult. Many Western economies no longer appear to be behaving as they did in the past – reflecting a “new normal” of weaker growth, higher inflation and more volatility. Generally, the Bank of England has been too optimistic in its forecasts, expecting growth to be stronger and inflation lower than has been the case.

When the MPC issued a statement after its July meeting, it was because markets had started to anticipate the first MPC rate rise in 2015 rather than 2016 – based on a view of what should happen in two to three years’ time. But the reality is that we are all very uncertain about how the economy will be performing in 2015-16 in a “new normal” world. Statements about future policy could easily be contradicted or reversed because of changing economic circumstances.

One way round this problem is to make guidance conditional on what is happening in the economy – as the US Federal Reserve has done by setting a threshold for the unemployment rate before it will consider raising interest rates. But this creates another problem. Different economic indicators can point in different directions – as GDP growth and unemployment have done over the UK recovery. In general, it makes more sense to look at all the available data when setting monetary policy, rather than over-emphasising one or two indicators.

For all these reasons, Carney and the MPC are likely to struggle to design credible and consistent guidance. Perhaps they should heed the advice of John Maynard Keynes, who famously justified his frequent changes of view by quipping: “When the facts change, I change my mind. What do you do, Sir?” The basic problem is that the economy can change unpredictably – and then the appropriate monetary policy changes too.

Andrew Sentance is senior economic adviser at PwC, and a former member of the Bank of England’s Monetary Policy Committee.