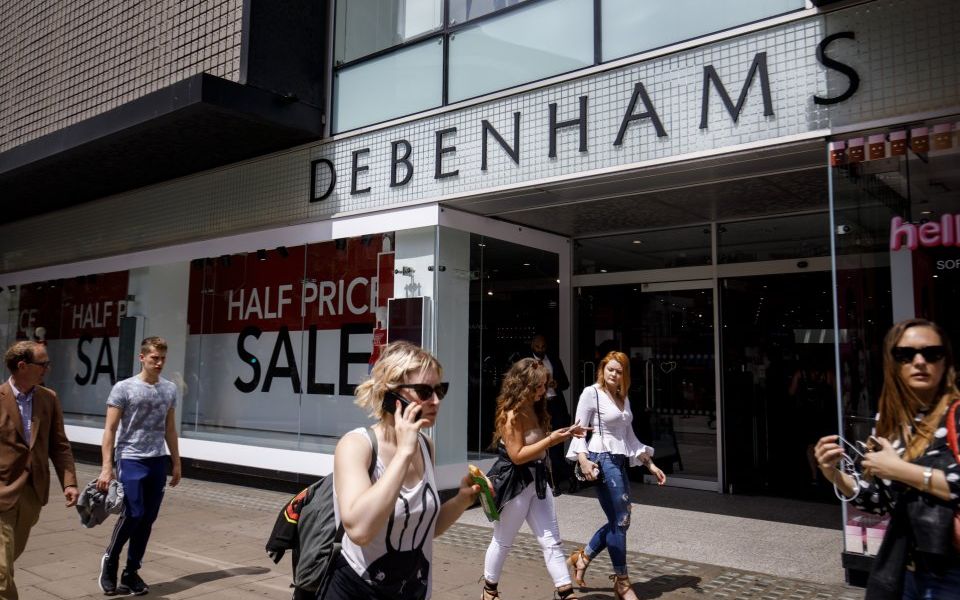 Among the contingency options currently being weighed up by KPMG is a company voluntary arrangement (CVA), which is an insolvency option that can be used to close stores and renegotiate rents.

KPMG’s arrival at the firm comes at a challenging time for Debenhams, which has announced a series of job cuts and seen its share price plummet by two-thirds since the beginning of January.

The firm has also issued three profit warnings this year, in the wake of declining footfall and a consumer shift towards e-commerce which has hit a number of the UK’s major high street brands in the last 12 months.

While the latest British Retail Consortium figures found hot weather had boosted the volume of high street shoppers in July, the market remains challenging for retailers, with a 0.8 per cent drop in footfall in July compared with the same period last year.

The move to consider restructuring plans and call in KPMG comes as the department store giant faces growing pressure from suppliers, which fear that credit insurers such as Euler Hermes will continue to cut cover as uncertainty looms over the future of the department store.

Earlier this summer Marks and Spencer revealed plans to close 100 shops, while House of Fraser was forced into administration in August before being bought by Sports Direct owner Mike Ashley.

“Like all companies, Debenhams frequently works with different advisors on various projects in the normal course of business,” the department store commented in a statement made yesterday.

As part of the plan to raise extra much-needed cash and focus more on its core UK business, the firm is also looking to sell its Scandinavian department store chain Magasin du Nord for as much as £200m.