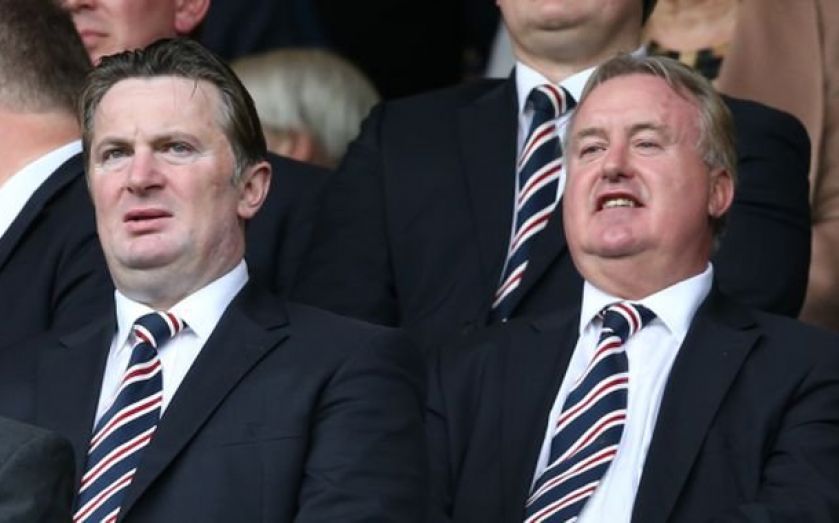 David Somers has become executive chairman of Rangers International Football Club, following the departture of two directors this week.
Somers, who was non-executive chairman, takes on the new role with immediate effect. According to a statement he will “liase directly with senior staff within the club about the operation of the business, and he will oversee the recruitment of a new chief executive and finance director”.
Former chief executive Graham Wallace resigned on Monday, while the previous finance boss Philip Nash announced his departure the previous Friday.
Both men left as Sports Direct founder Mike Ashley agreed an interest free loan of £2m to steady the Scottish club's finances. It is secured against Rangers' iconic former ticket office and social club Edmiston House and the Albian car park.
Ashley had increased his stake in Rangers earlier this month to 8.9 per cent, simultaneously demanding both Wallace and Nash step down.
He has also brought in some of his own people to act as consultants. Barry Leach, head of brands at Sports Direct, and Derek Llambias, former managing director of Newcastle United and long-time associate of Ashley, were appointed on Tuesday.
It is thought Llambias could be positioned to take on the role of chief executive of the club.
Board director Sandy Easdale has told the BBC Sport that Ashley's involvement "can only be a good thing".
"The plc board did their duty and their due diligence accordingly and I would say they've done what's in the best interests of the fans, the club and the shareholders," he added.
"I would hope [it will bring stability], we've got to look forward now. The fans have heard so much over so many years but I can only say we've got somebody who is interested in helping the club and we can only look at it as a positive thing."
Manager Ally McCoist is not expected to be affected by the executive changes.