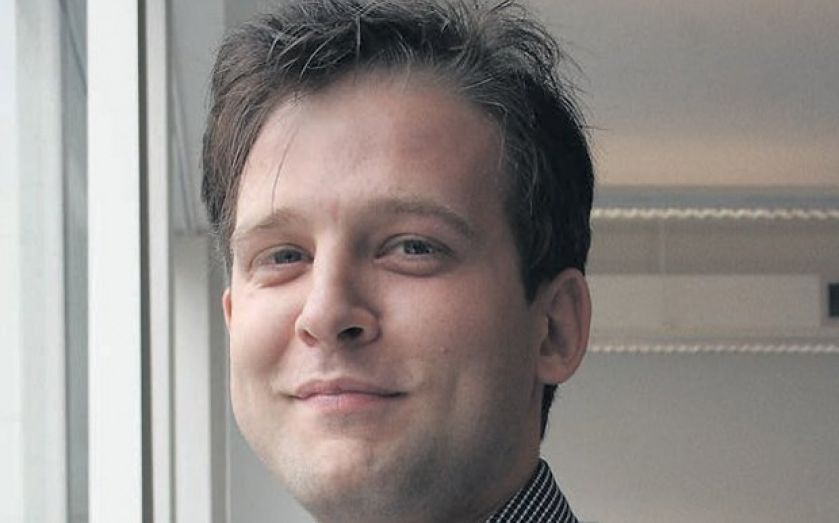 “Polling is powerful stuff,” YouGov’s resident political expert Anthony Wells explains. “Any poll is a snapshot, but they are sort of self-fulfilling. If a party is doing well and people see it as doing well then they are more likely to back it.” That’s what’s happening in Scotland, Wells adds.

If anyone understands the power of polling it is Wells, who joined YouGov in the early days when the company was just gaining prominence. He has an encyclopaedic knowledge of election results and thinks he might hold the record for the most surveys ever conducted. Yesterday, Wells and his team shocked politicians up and down the country by revealing the campaign for Scottish independence is ahead for the very first time.

The development has come as a bolt from the blue to Westminster, where a last-ditch PR campaign is being hastily scrambled to keep the union together. Cross-party group Better Together has lost a 22 point lead in just a month.

“I thought it was definitely going to be a No without a shadow of a doubt up until last Monday”, Wells says. “Now I don’t know”. If Scotland does leave the UK the impact on the general election could be massive, he predicts.

Arrogance, stupidity or perhaps both have led to a situation where no formal plan for splitting the union has been drawn up. Nobody seems to know whether Scottish MPs would be allowed to sit in the House of Commons if the result is a yes.

“There’s no legislation and it’s all yet to be decided,” Wells adds, with a smile that says he’s not surprised it has all been left to the last minute. The shock of Wells’s most recent Scottish survey has sent political leaders into overdrive – further proof if it were needed of the power of the humble poll. “It’s hard to say you’re winning if the polls say you’re not,” Wells explains. Parties spend thousands on research to measure everything from the way their leaders are perceived to whether a policy will fly or fail.

“If I could say one thing about polls and what drives them, it’s that most things matter a hell of a lot less than you think,” Wells says. Politicians often want to ask questions like: ‘Would this free owl make you more likely to vote Labour,’ he adds.

“Those questions don’t work because people don’t understand their own motivations for voting and they don’t vote on policies. If you did want a free owl you’d vote yes, if you didn’t you’d vote no, but actually people vote Labour because of a long-term party affiliation. They think Labour is for people like them.”

So can the Conservatives overcome long-held negative perceptions about their motivations and win in 2015? “For the Conservatives to get a majority it’s a hell of an ask. It’s a race for which kind of hung parliament it’ll be,” Wells says. “Maybe it’ll be in Labour’s favour, but it’ll be close.”

It is well-known that the Tories want to run a presidential style campaign in 2015. They rate Cameron’s chances against Ed Miliband, whose ratings as a leader are dismally low. “Conservatives will do all they can to fight a presidential election and it’s a good card to play; it’ll help them, but it won’t win it for them,” he says.

“We’ve seen a party with a worse leader win, and a party perceived to be less competent on the economy win but we’ve never seen a party with both of those together win – and yet Labour are still ahead in the polls and that’s down to the perception of having better values.”

A number of big hitters look set to lose their seats, Wells goes on. “Danny Alexander is toast, the Lib Dems really could die – they could be completely wiped out in the longer term.” Cameron still tops leadership polls, but for how long with Boris Johnson snapping at his heels? “It’s Theresa [May] vs Boris [Johnson}”, Wells quips. “George isn’t in the running. He’ll never have the popularity.”

Tory MP Douglas Carswell’s defection to Ukip was “neither here nor there” Wells says. It wasn’t the defection but the by-election he triggered that caused problems for the Conservatives. “Carswell has given them a bump.”.

Nigel Farage’s party, Wells predicts, will start commissioning polls in seats where it could challenge a sitting Conservative MP – and then send the results to the incumbent on the quiet to encourage others to follow Carswell’s lead and defect. Wells’s prediction, made on Wednesday last week, was all over the papers a few days later. “That didn’t take long,” he remarks.

Ultimately Ukip will play a defining role in the general election in 2015, even if, as Wells suspects, they will have little to show for it in real terms.

“Labour stands to lose more from the rise of Ukip in the longer term,” he explains, a fact that Miliband is already keenly aware of following talk of an imminent Labour defection. “There are Labour voters who have strong views on immigration and tax but won’t vote Tory because they don’t see the Conservatives as the party for them. Ukip don’t have that problem.”