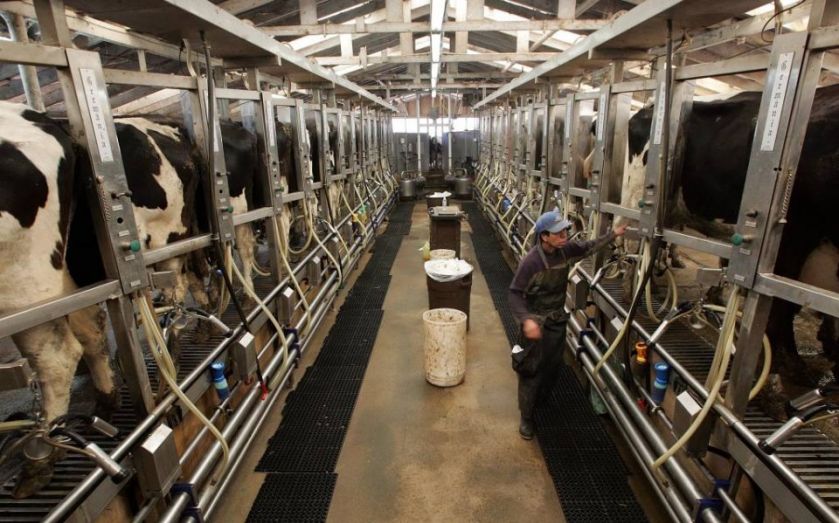 Dairy farmers have stepped up their protests against supermarket price wars, saying they will not be “bullied by British retailers”.
This week has seen a swathe of protests directed at supermarkets including Morrisons and Asda. Last night farmers and their families staged a human blockade at Morrisons' regional distribution centre in Bridgwater.
Unions claim more than 500 people took part in the rally.
https://twitter.com/georgid135/status/629567319665197056
https://twitter.com/NFUWrexham/status/629425157472428032
Organisers Farmers for Action said it had been planned as “totally peaceful”, encouraging participants to bring “your whole family, even the dog”, but insisted there was a serious point at stake.
David Handley, chairman of Farmers for Action, said: “[I] am sure I speak on behalf of the majority of farmers when I say we are not going to be bullied by British retailers.
“All we want is a fair price, a living wage and be able to make a profit from our business, no different than any other corporate business, whether it be British retailing or British food service industry.
“I believe we have now reached a point where the British farming industry has to stand up and be counted… Our Prime Minister and Agricultural Minster need to get a grip of who is running this country, who is controlling British food output, is it the farmer and politicians or is it the likes of Morrisons?”
Farmers for Action claims to have received a letter threatening legal action if farmers "activity endangers customers and colleagues". Morrisons could not be reached at the time of publication.
It follows a week of protests in which farmers have been buying up milk from Morrisons and other supermarkets to them give the produce away to customers outside the supermarket.
A group of dairy farmers have also created their own protest song and video… see below for more.
Share:
Tags: Asda Company Morrison (Wm) Supermarkets