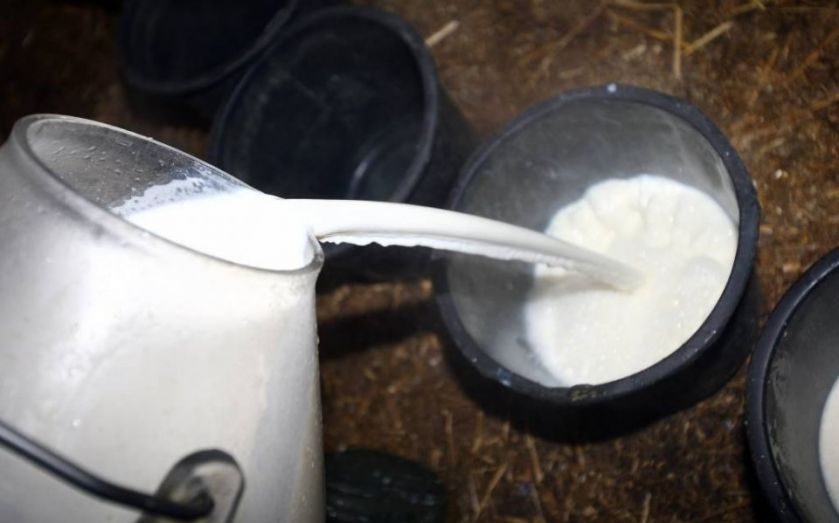 Morrisons is looking to herd off criticism from dairy farmers over the price of its milk by launching a new brand that it claims will “directly” support the trade.
Morrisons Milk for Farmers will launch this autumn, sitting alongside the supermarket's standard range.
This brand however will cost 10p per litre more than the standard range, which the supermarket has pledged to give “directly to dairy farmers”.
It comes in response to a series of protests held by the farming community, including cows being led into supermarkets, a human blockade of a Morrisons' distribution centre and a number of demonstrations in which farmers stockpiled the supermarket's milk only give it away at the entrance.
The supermarket today had a “cup of tea and a chat” with farming representatives in a bid to address their concerns as the protest gains ground.
Morrisons’ corporate services director Martyn Jones said:  “We recognise that the current market for liquid milk is impacting on hardworking dairy farmers and their families. We want to reassure the industry that the retail price we charge for Morrisons milk reflects the highly competitive retail market. It is not linked to the price we pay our milk suppliers.
“We want to offer practical help by  launching a range of four-pint milk at a retail premium of 10p per litre, all of which will be passed back directly to dairy farmers. We will stock this product in all our stores, offering our customers the choice to support dairy farmers directly.”
Jones also moved to offer more visibilty over how its pays for milk from its major supplier Arla.
He explained: “Our current three year contract with Arla, who supply the majority of our milk, uses a cost model that automatically adjusts the price that we pay for milk, based on a combination of the independently set farmgate price and other commodities such as diesel and plastics that influence the cost of milk.
“We can confirm that we have asked our milk suppliers not to pass on further decreases in the current farmgate price to us, but to share any benefit with the dairy farmer instead."
Share:
Tags: Company Morrison (Wm) Supermarkets