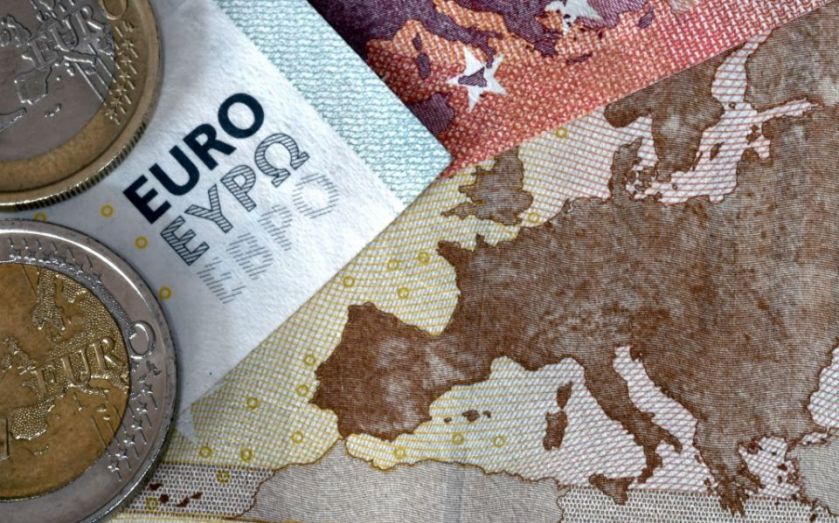 Currency wars are still underway as both the European Central Bank (ECB) and Bank of Japan prepare new rounds of QE which could weaken their currencies, experts say.
Last week the euro fell against the dollar – reversing a trend in recent weeks – as ECB president Mario Draghi hinted he may ease monetary policy further. “While weakness in the euro is not a central mandate for the ECB, its policy makers know the impact that QE stimulus will have on the currency. They are playing the currency wars by stealth,” argues Martin Arnold of ETF Securities.

The shifting sands of central bank policy have had an impact on currencies around the world. From the dollar’s steady rise to the downwards path of the euro and yen, there has been no shortage of movements for investors to watch.
It has been an unusual time, as investors have been using currencies to gain exposure to themes in the global economy – chiefly contrasting economic fortunes and central bank policy, explains Arnold.
This is not over yet, and changing tactics at central banks from East to West will mean even more currency shifts. This week brings two potential currency-moving events: a Federal Reserve meeting on Wednesday and a Bank of Japan announcement on Friday. “The nature of the economic environment is that central banks and their policy is going to play an important part in determining currency direction ­­– which is a complete change from 10 years ago,” Arnold says.

The US dollar index, which measures the strength of the greenback against a basket of six global currencies, rose to a two-month high last week after China surprised markets with the sixth rate cut in less than a year. It was also buoyed by the fall in the euro.
Both of these are signs the US’s path is diverging strongly from Europe and Asia, where economies are still in need of stimulus. Now some expect the dollar to strengthen further after Wednesday, when the Federal Open Market Committee will comment on how close the US economy has come to the first rate rise in nine years. “The dollar is going to be stronger for longer, and investing in US assets will give a positive return,” adds Arnold.

Over in Japan, the yen has been pushed down by QE, and with the economy still weak, a further round of bond-buying is expected to be announced in December.
Inevitably this has led some currency experts to suggest there will be further falls in the yen. “Even if the central bank does not act with additional policy easing measures, the pressure remains, and it is difficult to see the yen strengthening any time soon,” says Charles Purdy of SmartCurrencyExchange.com.
But more QE is essentially another dose of the same medicine, and with the yen already down to low levels relative to history, some think it is questionable how much further it can be pushed. “QE is losing its mojo,” says Kit Juckes of Société Générale. “Whether another round of asset buying by the Bank of Japan will really deliver… a weaker yen I don’t know. I don’t know how much further you can go on that.”

The final pocket of opportunity lies in currencies bashed by falls in commodity prices this summer. When the prices of many raw materials slid to 11-year lows, countries reliant on exporting those goods watched their currencies slump. Traders may expect a rebound. “The natural buys are the ones that have fallen a long way,” says Juckes. “The Canadian and Australian dollars are liable to bounce.”