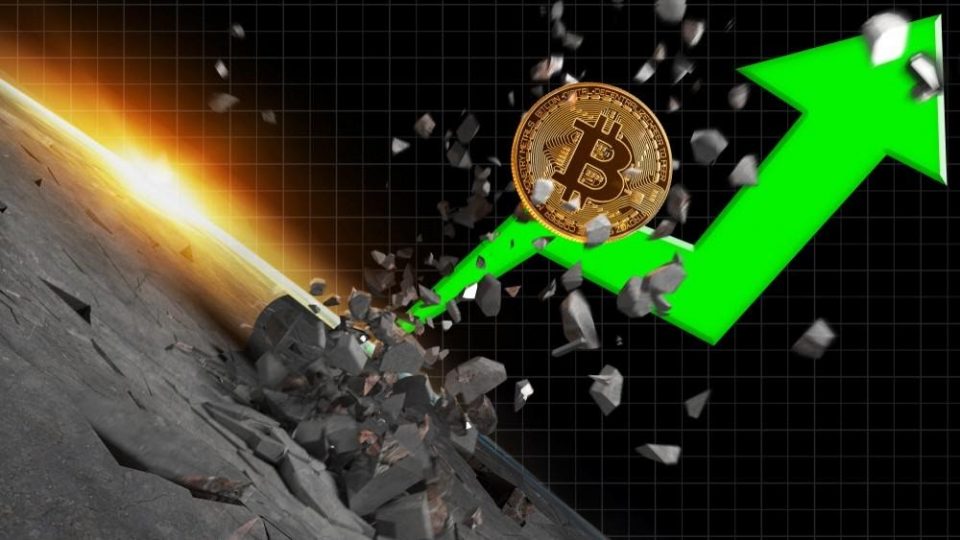 Technology stands at a major global tipping point. Numerous industries are converging due to blockchain which serves as the backbone to the whole cryptospace. At hand is the emergence of convergence in money, gaming, social networks, legal, supply chains, and intellectual property. Bitcoin is the base layer protocol which is the ultimate foundational store-of-value (SoV). Ethereum is the world’s largest economic sandbox where companies can create DeFi, virtual worlds, games, NFT collectibles, DAOs, and legal.

These two coins make up roughly 75% of the value of the cryptospace whose overall value has been accelerated by COVID, lockdowns, virtualization, and social distancing. The growth of internet nationalism where countries are trying to block each others’ services off the internet is worrisome and further spurs this need. Indeed in time, more and more people will become part of the decentralized, private, secure, uncensorable global ecosystem that becomes Web 3.0.

Everyone can use the Ethereum infrastructure without having to depend on a centralized party. Recent events that spur this evolution include the elections and Twitter censorship along with Apple and Google being dragged in front of Congress for abusing data. Much is ripe for disruption. Enter decentralized platforms.

When Ethereum was launched, its purpose was to provide a platform for other companies on which to build their blockchain applications. Ethereum facilitates global, neutral, permissionless protocols via DAOs so we can interact with each other by way of ideas, commerce, sales, and value transfer.

In the diagram, Ethereum is the only instrument that will become both a capital asset and commodity as it can be consumed or transformed into another asset. It will also become a store of value as it will become deflationary based on its monetary policy thus retain its purchasing power. The number of companies that continue to build on ETH give ETH the network effect compared to any other crypto protocol, so its future value should eventually exceed $10,000 which would give it a market value of $1.1 trillion. When considering the utility of Ethereum, this valuation marks just the beginning as it would not even yet match the market value of Apple.

Bitcoin recently hit new highs of $19,956, clearing its prior highs of $19,700 but did not trade as of yet above the $20,000 psychological barrier. It is looking inevitably poised to do so given the numerous tailwinds at hand. Over the long run, my metrics remain strongly bullish due to the acceleration of new users, corporate war chests having bought more than $16 billion in bitcoin since August, and institutions such as PayPal onboarding bitcoin.

Bitcoin adoption is the most rapid of any technology to date.

Over the next several days, however, my metrics are currently a mix of bullish and bearish suggesting more sideways basing for bitcoin with a floor of around $18,000 or 16925 where it would close the CME gap. Odds favor resolution to the upside once the base completes. This could come as soon as the next 24 hours or take several days, barring of course some strongly negative news such as onerous regulations, exchange failure, or stablecoin KYC policies, among other possibilities.

On the bearish side, overbought conditions remain. The Crypto Fear & Greed Index is at 86 as of this writing but overbought can become even more overbought during especially strong bull markets.

Another metric, the SOPR (spent output profit ratio) measures the profit made by outgoing investors as they sell their coins. As prices shoot higher, more investors sell. A spike in SOPR often occurs near minor or major tops in bitcoin. That said, notice the first red arrow in the diagram below where bitcoin fell. Yet because the market was strong, Ethereum and alt coins continued much higher in their own climax tops, peaking several days later.

The next three red arrows show a spiking SOPR but bitcoin only corrected briefly before moving sharply higher. Trying to time such short, sharp corrections by moving to cash then trying to buy back what one sold could easily leave one in the dust. So the SOPR orange line does not have to retrace back to 1. It is always important to weigh each metric in context with strength of the overall market.

This particular bull market has coincided with the longest and deepest depletion of BTC inventory from spot exchanges in bitcoin’s history as shown in the graphic below. Such action shows many more people are “hodling” bitcoin as they move them into cold wallets or online storage away from exchanges. Similarly the volume of coins scooped off exchanges and into cold storage reflects 19% of inventory vs 11% in the prior bull market that ran from Jan-2015 to Dec-2017. This suggests the current bull may be equivalent if not greater than the bull market of 2017 when bitcoin cleared to new highs. Barring black swans, expect a record setting 2021 for the crypto markets.

If history is any guide, as bitcoin climbs higher, so will Ethereum, followed by the alt coins. The best alts will outperform ETH which will outperform BTC. As a consequence, cryptofunds exposed to the right alt coins have an upside that is orders of magnitude greater than any equity fund.

Nevertheless, many are making predictions that bitcoin may correct 30-40% as it has a number of times in its price history whenever it hit new all-time highs after basing for many months or longer. When it comes to making price predictions, history can work against you as bitcoin has also blown past old highs without such a correction leaving many who sold in the dust.

Many also said bitcoin had to close the CME trading gap in price it made earlier this year because it had always done so on the CME since it started trading in late 2017. But I argued that the tailwinds in effect are so substantial that bitcoin does not have to repeat history (see my prior reports). Further, the data set is small since bitcoin has only been trading on the CME since late 2017.

Likewise, bitcoin does not have to correct by at least 30% once it breaks above $20k. That said, the Livermore rule is hugely in effect since whole numbers often act as a barrier or support. With round numbers, Jesse Livermore noticed stocks that blow through say $100/share on strong volume would often sustain the move well beyond 100 so could be bought while stocks that anemically crossed 100 would often get pushed back well below 100, thus could be shorted.

I will be monitoring price/volume of actual bitcoin in real-time to see how it behaves around 20000 then apprise members of www.selfishinvesting.com accordingly. Bitcoin could well overshoot to $25k or even $30k if history is any guide before having one of its typical corrections where it then quickly loses 1/3 off the top from profit taking. Even so, ETH and alt coins could jackknife higher especially if the correction in bitcoin is mild. Over a period of days, ETH does not always have to continue to fall when bitcoin falls. Just as with leading stocks, understanding context and the behavior of the leading alts alongside BTC and ETH is key. Position sizing, curating one’s positions, and strategically migrating capital is essential to superior returns.

There has been a material paradigm shift this year with institutions and corporations buying bitcoin. Since August, more than $16 billion in corporate war chest capital has poured into bitcoin. PayPal and Square appear to be buying up all the bitcoin as it is created. This, together with my metrics, suggests the current bull market is more sustainable than the one in 2017 when bitcoin reached old highs of 1163 in Feb-2017 then peaked at 19700. Ready to surf the tsunami?

Dr.Chris Kacher, nuclear physicist PhD turned stock+crypto trading wizard / bestselling author / blockchain fintech specialist / top 40 charted musician. Co-founder of www.hansedigitalaccess.com and www.selfishinvesting.com.
Dr. Kacher bought his first bitcoin just over $10 in January-2013. His metrics have called every major top & bottom in bitcoin since 2011. He was up in 2018 vs the median performing crypto hedge fund at -46% (PwC) and is up high triple digit percentages in 2020 so far with risk spread across more than 30 top performing alt coins.