Crypto AM shines its Spotlight on Blok BioScience 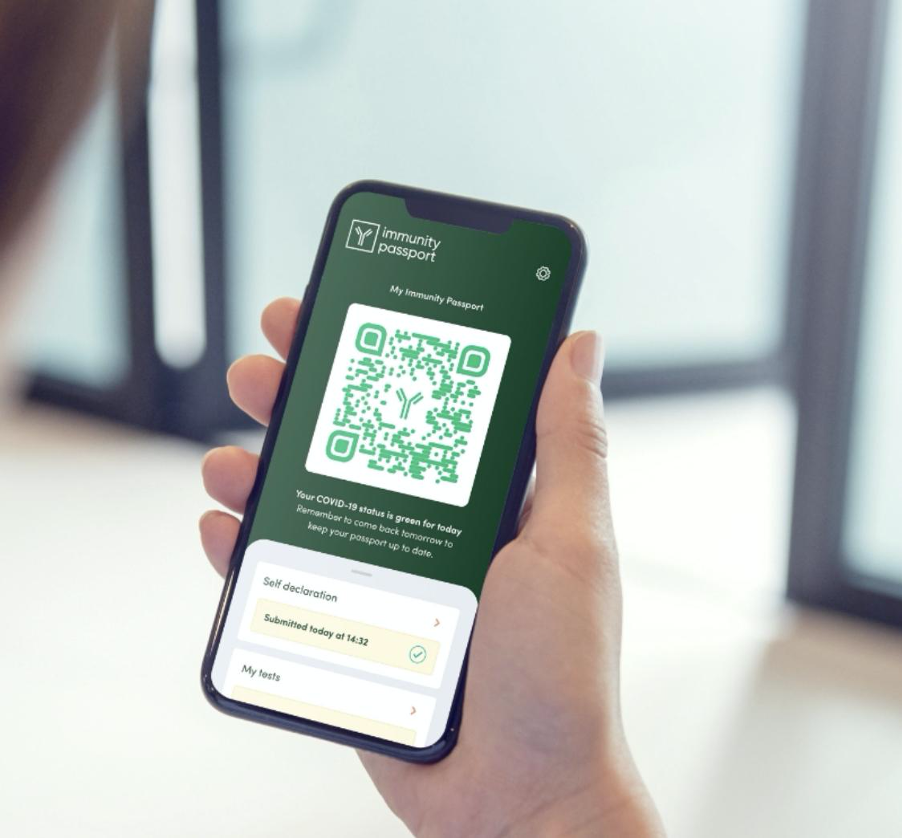 There are many companies both large and small putting forward all manner of technology solutions to help manage the pandemic.  Some are contact trace solutions while others are immunity passports.  Some make clever use of modern database capabilities while others rely on DLT of various flavours.  Some are centralized repositories with impressive analytical inference tools while others are privacy-protecting distributed solutions.  But so far, only one has opted for the self-sovereign approach – seeking and receiving ID2020 certification for a solution that leaves each individual with the only copy of their own data.  That company is UK startup Blok BioScience, the subject of today’s spotlight.

Blok BioScience was formed in February of this year for the express purpose of bringing a self-sovereign health data solution into being.

Its three founders are:

• CEO Alex Tai, a successful serial entrepreneur and director on the Global Blockchain Business Council who has launched several multi-billion-dollar ventures, and is perhaps most notably known as the founding leader of the spaceship company Virgin Galactic

• President Chris Justice, who launched several successful medical diagnostics firms in Hong Kong as part of Morningside as well as being one of the founders of UK-based DLT startup Atlas City

• CTO Areiel Wolanow, who led IBM’s financial services practice in East Africa and delivered the ML-based credit scoring solution for mPesa, as well as more recently delivering the blockchain-based trade settlement prototype for Lloyd’s of London and advising a number of governments, regulators, and central banks around the world on adoption of emerging technologies

From the beginning, Blok Bioscience’s founders predicted that adoption would be a major issue for any health data management solution because people were fundamentally uncomfortable with further increasing the surveillance capabilities of national governments.  And despite all three of them being globally recognized thought leaders in the blockchain space, they soon realized that even a distributed ledger was not going to be good enough.  The result was something they call an Anonymous Handshake, and they have patent applications under way for it in both the US and UK.

The Anonymous Handshake is Blok Bioscience’s mechanism for providing information to interested parties; the requestor gets a simple yes/no answer to a question they ask, based on evidence that is never disclosed.  It is based on an assertion framework that allows those parties to provide evidence or ask questions of individuals based on their health data.  The questions are posed by sending them to an individual’s mobile device.  The individual is notified of the identity of the requester, the data that will be used to answer the request, and given the opportunity to accept or decline the request.  All such consent is given only on a per-transaction basis; Blok Bioscience’s solution does not allow for blanket consent.

The other defining characteristic of Blok Bioscience’s Anonymous Handshake is that it interposes a layer of moderation between the request and the underlying evidence.  This moderation layer ensures that, while requesters of information can each configure their own requests, the information they ask for is limited to things they are legally entitled to know.   This inspiration for this came from CTO Areiel Wolanow’s experience working in Silicon Valley during the AIDS epidemic in the 1990’s.  “The case law coming out of that time in both the US and UK clearly establishes that it is actually illegal to ask someone if they have COVID-19 or any of its indicating symptoms”, he says.  “In the current environment of fear and panic, people seem to have forgotten that, but they will remember soon enough, and our aim is for a solution robust enough to survive the inevitable backlash.”

Their Anonymous Handshake approach won Blok Bioscience a number of admirers, and after a gruelling two-month long process, Blok Bioscience’s platform became the first, and so far the only, Covid-19 management solution to win the coveted ID2020 certification for self-sovereignty.  It even won Wolanow an appointment to ID2020’s Technical Advisory Committee.  But as Blok began putting their solution in front of potential customers, it became clear that the biggest appeal of their approach to enterprises was not the privacy protection, but avoiding the risk and headache of inheriting an entirely new and highly charged set of PII.  By keeping the data solely in the possession of the individual, issues of GDPR, HIPPAA, and data compliance in general are addressed without having to put in place additional and very costly compliance regimes.

As a company, Blok Bioscience has grown at an impressive pace, from the initial three founders at the start of February to a total of over 60 people in five countries actively engaged today.  Its initial product release was three weeks ago, and is now being piloted in live use by members in one of Britain’s largest chain of gyms.  Its second and third revenue earning clients are scheduled to go live in October, and their pipeline of active opportunities currently includes two Fortune 1,000 companies as well as three sovereign governments.

While Blok Bioscience’s business model has to date been based on organic growth through increased client revenue, it may soon be considering business partnerships to accelerate their release schedule.  Its next release, also scheduled for October, will include an API gateway that supports integration with HR and CRM systems, as well as a small number of contact trace solutions that Blok Bioscience believes will uphold and respect their principles of privacy and self-sovereignty, such as Germany’s CoronaWarn or the Apple-Google contact trace framework.  Its roadmap for further releases includes support for live IoT feeds (such as temperature gantries in airports), as well as enhanced capabilities specifically targeted for small public-facing businesses like independently owned bars and restaurants, as well as extending deeper support for machine learning and geospatial analysis.