Covid-19, a year on: the need for a more diverse UK economy 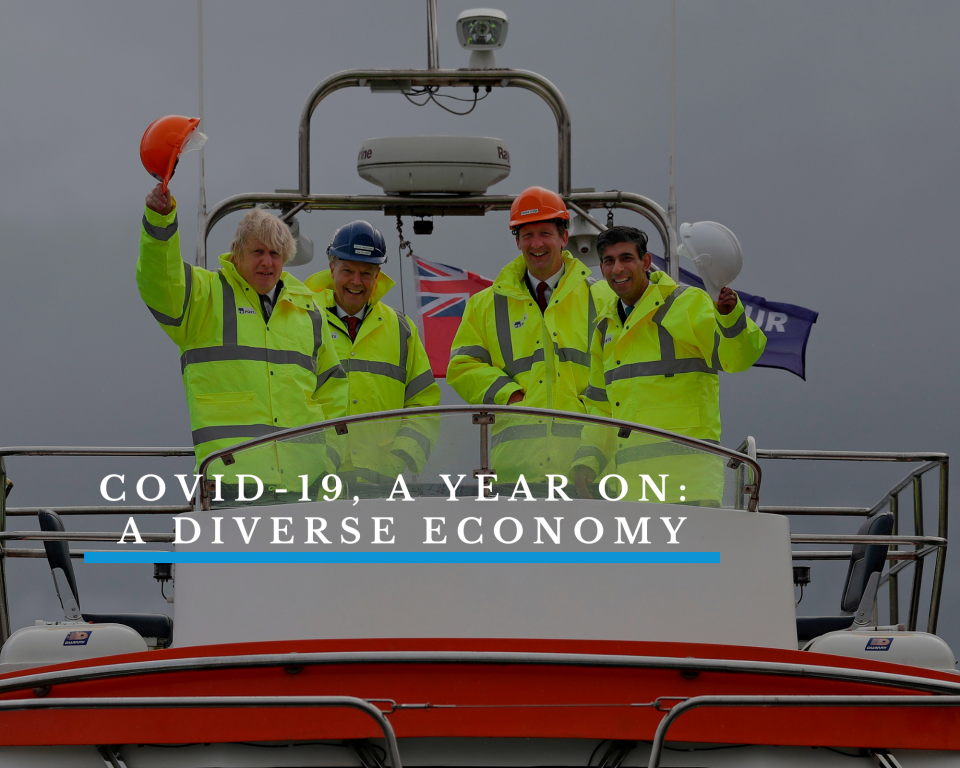 In this series, City A.M. looks back at the last year of the pandemic and Covid restrictions and takes stock of its impact on industries and issues at the heart of British society.

The UK’s economy was hit by a 10 per cent drop in GDP last year, the largest contraction of any G7 country. This is despite the fact that the health effects of Covid were broadly comparable across most other advanced economies, with the UK spending a similar amount of time in lockdown as Germany, France and Spain.

The damage has been disproportionately catastophic for London. Office for National Statistics figures show the capital’s unemployment stands at 6.9 per cent compared to the UK rate of 5.1 per cent.

Read more: Good for equality? Good for the economy

The chancellor likes to point out that the UK measures GDP differently from other nations and so our headline figure for 2020 was lower than in reality. However, the UK’s economic contraction was still “significantly bigger than Germany’s” and among the lowest in the G7 even when taking these differences into account, according to Capital Economics.

One explanation for the poor performance is our economy’s over-reliance on services. Services – such as financial, legal, education, tourism, hospitality retail and real estate for example – make up 80 per cent of the UK’s GDP, while 14 per cent is construction and just 6 per cent is manufacturing. Shutting down the economy and locking people indoors for most of a year will naturally put a halt to much of the service industry, however there are still lessons to be learnt about the ability of the UK’s ability to handle future shocks. Covid-19 should be a serious wake up call to policymakers that they need to fundamentally alter the make-up of the economy.

As it stands, the UK is far too reliant on a model that sees its workforce act as service providers. Put simply – the UK needs to make things again. This doesn’t mean overturning the changes of the 1980s and trying to restart a swathe of industries that have long disappeared. Nor does it necessarily mean completely gutting or ignoring the financial services industry (this is City A.M. after all).

Instead, the UK needs to build up manufacturing and product development in sectors like green energy, tech, science and pharmaceuticals to ensure the economy can better weather future economic storms. Just as the sensible investor diversifies their portfolio to hedge for inherent market risk, so too should the UK diversify its economy for when the country is hit by future recessions or financial crises. This is particularly salient in the wake of Boris Johnson’s UK-EU trade deal, which included no provisions for services.

Johnson’s levelling up agenda, and investment in skills training, shows he already understood the need for a larger manufacturing base, but this now needs to be turbocharged. The typical conservative levers to pull would be in the form of tax credits and deductions, much like Rishi Sunak’s recently announced super deduction that aims to stoke private sector investment. However, the government will need to go much further than this.

Theresa May earlier this month told the House of Commons that the only way to drive innovation and growth was through research and development funding.

“If we want an innovation economy what we need to do is to invest and support investment in areas which encourage growth and innovation – that means R and D,” she said.

What better time for a large increase in government R and D funding into green technologies as the UK gets ready to host the 2021 United Nations Climate Change Conference (Cop26)? There is a serious opportunity for this government to make the UK a global leader in renewable energy manufacturing and production, which would future-proof the economy for decades to come.

A readymade example for how increased R and D spending could benefit the UK and create new industries can be seen across the pond, according to Canadian policy wonk Marshall Auerback.

Auerback, a fellow at the Levy Institute think tank, told City A.M.: “The government should take an active role in terms of funding basic research and development…and the private sector can determine the most profitable venues for that R and D development.

“For instance, the foundation of Silicon Valley was largely built on the R and D provided through by US government through the Department of Defence and the National Institute for Health and Science.”

The dual disruptions of Covid-19 and Brexit provide the perfect opportunity for the UK to reset course and forge a dynamic economy for generations to come. Free of EU state aid rules and in a time of mass disruption to the way people work, the UK must embark on growing its economy by increasing its manufacturing base. Let’s hope Johnson takes the advice of former Barack Obama chief of staff Rahm Emanuel and does not let a serious crisis to go to waste.