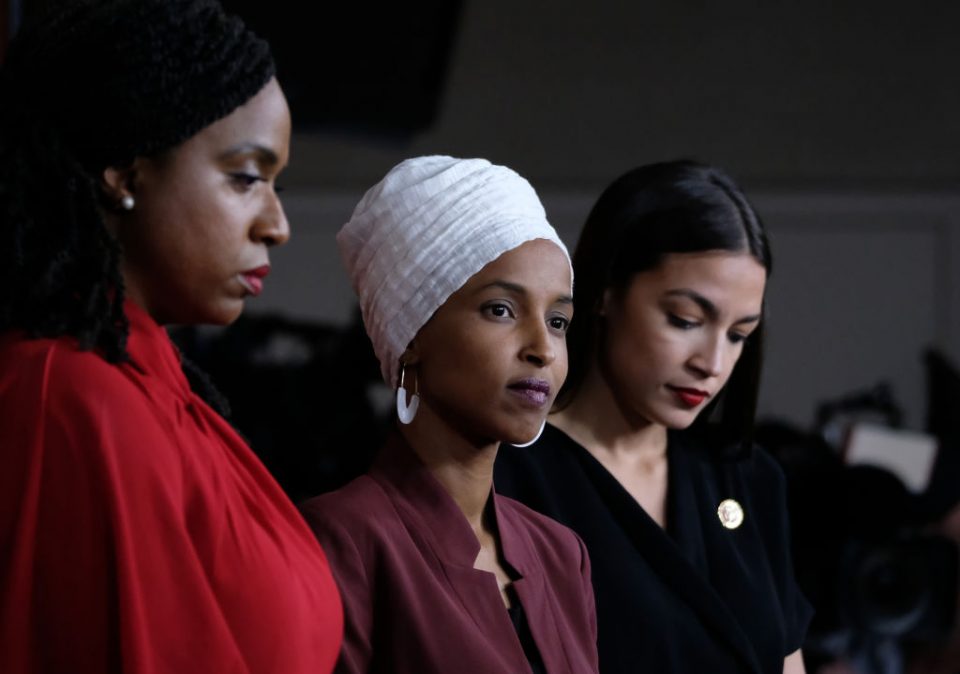 Four US congresswomen have spoken out against racist tweets by President Donald Trump, calling on Americans to not “take the bait”.

Trump plunged himself into hot water over the weekend with a series of attacks against four congresswomen of colour.

He asked why progressive Democratic congresswomen did not “go back and help fix the totally broken and crime infested places from which they came.”

The remarks were widely considered racist attacks against three women born in the US – Alexandria Ocasio-Cortez, Ayanna Pressley and Rashida Tlaib – and Ilhan Omar, who arrived as a refugee from Somalia in 1997.

All four are American citizens.

“I want to tell children across this country that no matter what the President says, this country belongs to you, and it belongs to everyone,” Alexandria Ocasio-Cortez said last night.

“This weekend this very notion was challenged.”

Ocasio-Cortez, 29, said she was “not surprised” by Trump’s comments considering allegedly warrantless raids on families across the country, backed by the President.

Ayanna Pressley, the representative for Massachusetts’s seventh congressional district, was the first African American woman to be elected to congress from the state.

Trump doubled down on his comments yesterday, saying that people who were not happy in the US could leave.

His comments have also drawn some criticism from Republicans.

Senator Lindsay Graham, a Trump ally and occasional golfing partner, said the congresswomen were “communist” and “anti-Semitic” in an interview on Fox News.

But he also called on the President to stop making attacks too personal.

“Aim higher … Take on their policies. The bottom line here is this is a diverse country,” he said.

The comments were also condemned by UK Prime Minister Theresa May.

Trump doubles down on 'xenophobic' tweets