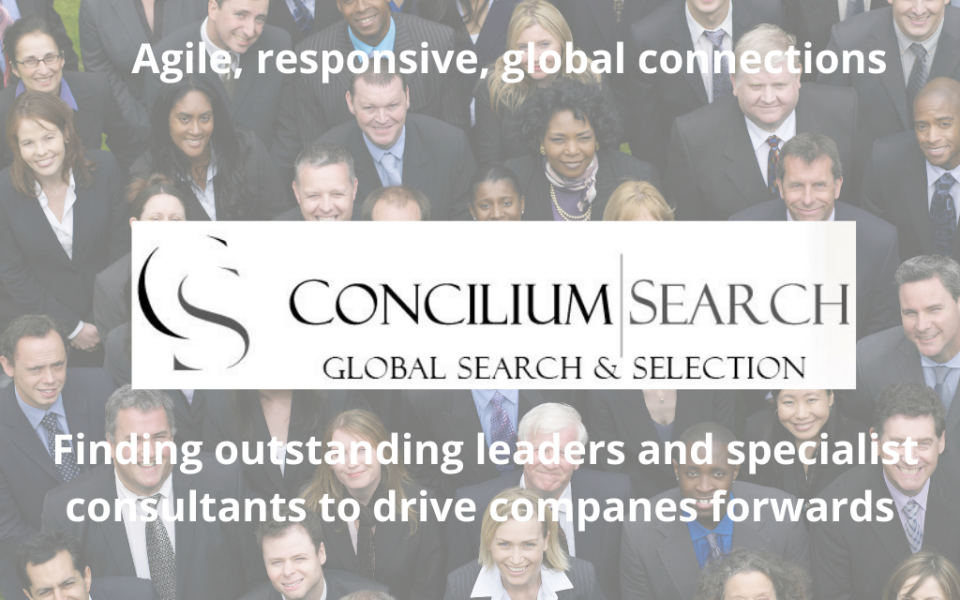 Given the global events of the last year, being recognised with a prestigious enterprise award for international trade is nothing short of remarkable – especially so if the recipient was only established six years ago.

Yet Concilium Search have done just that. Winning a 2021 Queen’s Award is testament not only to unwavering ambition, but also to the excellence of a culture that has been built since Maduka Okeke founded the executive search recruitment company in 2015.

Initially set up for Life Sciences, Industrials and Technology industries recruitment, within a year Concilium Contracts was added to widen the focus to interim staffing solutions.

By 2017 they had outgrown their first London office and relocated to the beating heart of the capital’s commerce in Leadenhall Street. A year later Concilium landed in New York and shortly after their first foothold on the continent was established in Amsterdam.

Turnover, sales and profits have all increased year-on-year and staff numbers have climbed from 10 to more than 50 with Concilium now servicing clients in more than 40 countries.

According to Theo Laycock-van Spyk, Chief Business Officer, the company’s own recruitment policy has been key to their strength and energy during the last 12 months: “We’re a young company with an average age of under 30 and it’s something we are really proud of.

“We have always hired well and rarely choose experience, identifying instead the right graduates to develop their talent and grow their expertise. As a result, a really good and diverse company culture has evolved which particularly in the last year has meant we adapted very positively.

“We may not all physically have been together, but the strength and passion of our team has seen us more than just cope.”

While plans to open offices in other territories may have been temporarily put on hold, it seems that neither the twin spectres of Brexit nor Coronavirus are holding Concilium back.

“We opened in the Netherlands because of Brexit as a safety net because Brexit was an unknown factor,” said Theo.

“We had a good client base in Holland anyway so it made it easier for us to do business in line with increasing our focus on Europe. Also working in Life Sciences during the pandemic has actually been a good place to be. It’s a robust and historically strong sector, copes well in downturns and has aided us in growing in tough times.

“Further, our clients have grown alongside us too and therefore given us repeat business, usually new roles that they need hiring for. It’s so much more than mere replacement. We may have started as a permanent search agency, but by diversifying to interim contracts we have been able to forecast our business better and the combination of the two has allowed us to sustain and grow.”

Exporting has been integral to Concilium’s growth and in every year since 2015, export revenues have been higher than domestic revenues, and now make up around 75% of total revenue.

“By specialising in very competitive industries, exporting to international companies was our key differentiator and the main reason for growth. We employ multi-lingual consultants who are able to gain traction immediately with companies overseas and crucially build key relationships.”

The Queen’s Awards, as ever, reward ambition and innovation and Concilium Search are clearly worthy recipients.

Theo said: “It’s an honour to receive such a prestigious award and great recognition for what our staff have achieved in the last year.

“It’s truly down to our dedicated team delivering results that continue to outperform other agencies, along with our processes and global networks, which enable us to remain agile and responsive. It’s wonderful that our efforts and abilities have been recognised in this way.”

A company mission statement made just over a year ago was to be seen as a global top tier recruitment agency. In the face of the greatest ever challenges and in a highly competitive space, Concilium are well on the way to achieving that.

To find out more, visit https://www.conciliumsearch.com/