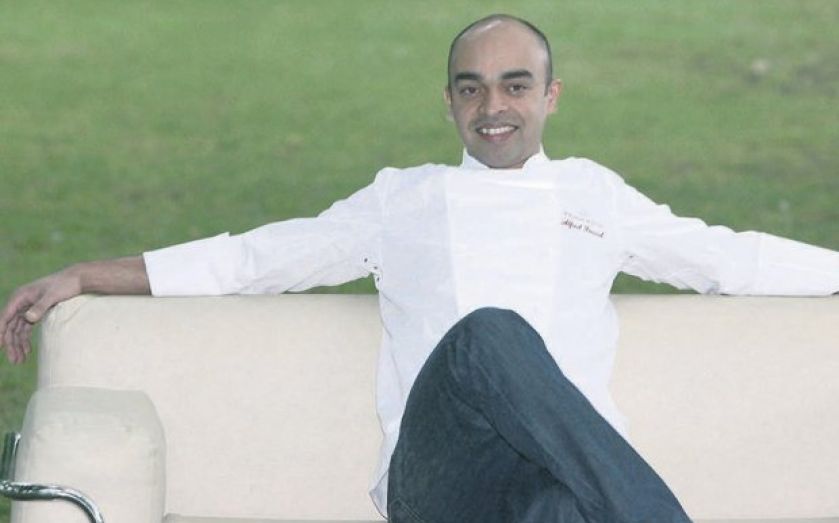 AT 29, Alfred Prasad was the youngest Indian chef to receive a Michelin star. Alfred was born in the central Indian city of Wardha and lived all over the sub-continent during his youth, an experience which expanded his mind to the immense variety and possibilities of Indian cuisine.

A graduate of Chennai’s Institute of Hotel Management in 1993, Alfred was hand-picked along with five others from all over India to undergo advanced chef training at Maurya Sheraton, New Delhi, at their flagship restaurants Dum Pukht and Bukhara.

He moved to London in 1999 and joined Tamarind in Mayfair as a sous chef in 2001. Within a year he had become executive chef and director of cuisine and now he leads one of the finest kitchens in Europe.

This is my all-time favourite dish and it tastes like home to me. I loved it as a child and, after I left home for boarding school, college, then work, this would be my welcome meal each time I came home.

“It became a ritual over time. When I eat it now, it still transports me back to my parents’ dining table. I love the bitter-sweet aroma of fresh methi (fenugreek) leaves which adds such a marvellous zing to lamb and potatoes. Methi has several medicinal properties so it’s a healthy addition to this dish..

“In India, we cook it with mutton on the bone which is extremely flavourful. I have tweaked this recipe to make it easier for home cooking in London and I hope you enjoy it as much as I do.”