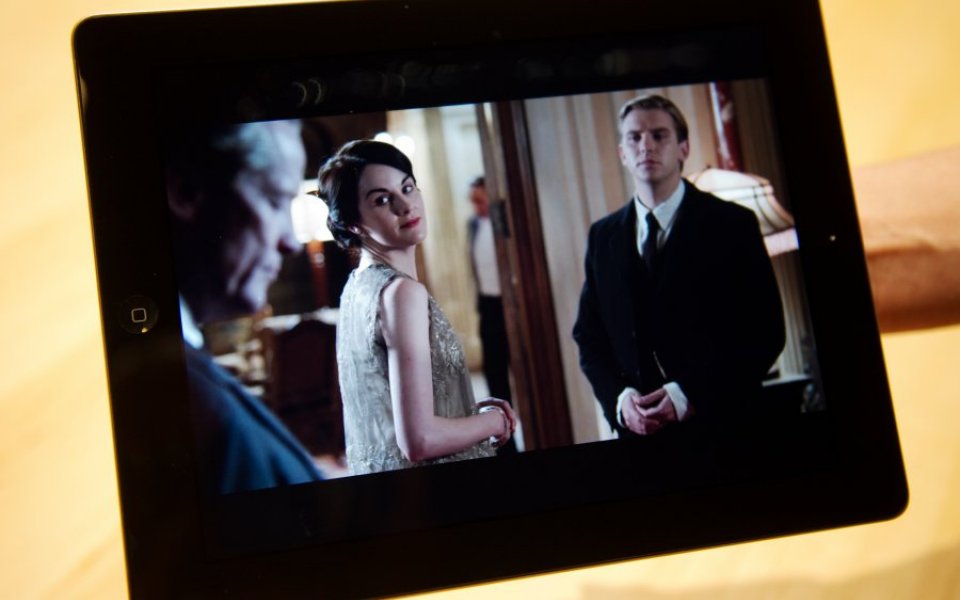 The prospect of a takeover of the maker of Downtown Abbey has re-emerged with a fresh report that ITV is considering a sale to the US giant NBCUniversal, owned by Comcast, following meetings between the two broadcasters' bosses.

Speculation that the British broadcaster is ripe for takeover has been rife for years, becoming a lucrative target since transforming under the stewardship of chief executive Adam Crozier who has overseen the company's share price rocket by more than 400 per cent over the last five years.

Shares in the broadcaster jumped more than four per cent on the report in early trading on Monday touching 274.90 pence per share.

Liberty Global, largely seen as the front runner in the race, upped its stake over the summer making it ITV's largest shareholder. The move fuelled speculation that the John Malone-owned giant would eventually move in for a full takeover, or, that it thought another bidder would emerge. Liberty Global has insisted it is not planning a takeover bid.

Despite the global hand-wringing over the profitability of media companies, ITV was one of the best performing companies on the FTSE 100 in 2015. While its viewing figures continue a downward trend, and advertising revenue growth has been muted, the broadcaster has been on a buying spree when it comes to content, shoring up the performance of ITV Studios.

Ad revenue is expected to pick up next year, according to Liberum analyst Ian Whittaker, thanks to a strong drama line up in the first half the year and the Euro 2016 tournament.

Potential bidders will be attracted to its increasingly global content reach. "With multiple pay TV platforms that are looking for content, is extremely valuable" said Whittaker.

The prospect of new revenue from retransmission fees by 2017 are also an "icing on the cake" to any potential bidders. A decision on fees may be expected as soon as January.

The broadcaster's revenue grew 13 per cent to £2.04bn in the nine months to September, with double-digit growth forecast for the year. Meanwhile, NBCUniversal's revenue climbed 11.5 per cent to $21bn for the same period, driven by film blockbusters Minions and Jurassic World.

ITV and NBCUniversal could not be reached for comment at the time of publication.