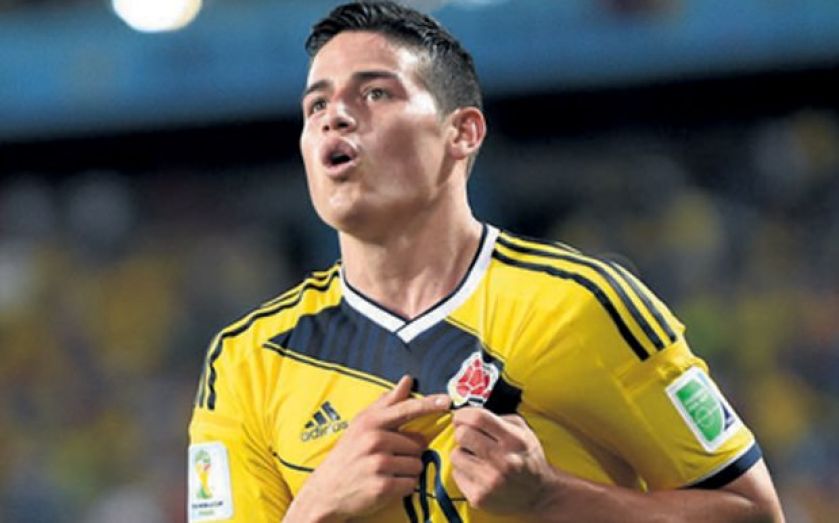 THE WORLD Cup reaches the business end tomorrow with the first of the second round games. Unsurprisingly for many of us, England won’t be there. That 2-1 defeat to Uruguay ended their hopes, but that late Luis Suarez winner galvanised the South Americans and they got the win over Italy they required to progress from Group D on Tuesday.

Suarez’s four-month ban kicks in today and without him Uruguay look short up front. In fact, take Suarez out and the two-time winners have been decidedly average in Brazil.

On the other hand, Colombia have made light of suggestions they would struggle without their injured star man Radamel Falcao, advancing with a 100 per cent record from Group C and smashing in nine goals on the way. Odds of 22/1 for the Colombians winning the World Cup look on the generous side, especially when you consider three of the five countries above them in the betting are European. Sides from this continent have struggled against opposition from the Americas over the last fortnight.

Colombia have pace and power and the 23/20 with Paddy Power on them beating their neighbours tomorrow looks a smashing bet.

They’ve won two of their three games so far by margins of two goals or greater and buying their supremacy at 0.55 with Sporting Index is the best way to profit from a Colombia win.

Brazil were better against Cameroon, but the Africans were losing their seventh successive World Cup game and, aside from scoring, they created numerous other moments of danger for a shaky Brazilian back-line. A bit like Suarez and Uruguay, Brazil would have struggled to get out of an average group were it not for the four goals of their wonderboy Neymar. The data experts at GoalDifference.com are keeping faith with the five-time victors, though. They make them solid favourites with a 24.9 per cent chance of claiming title six.

If the dangerous Chileans can keep him quiet, the Samba Boys will have to improve if they are to justify Sporting Index’s supremacy quote of 1.1.

Netherlands were not value for a 2-0 win over Chile last time with Jorge Sampioli’s men threatening on numerous occasions before slack defending allowed the Dutch to take the lead.

A late sealer on the break when Chile were chasing the game in no way undermines how good tomorrow’s underdogs have been so far.

They can certainly ruffle Brazil’s feathers. The longer the game continues without Brazil getting the breakthrough, the more frustrated the fanatical home support will be and the players haven’t looked like they have relished the pressure thus far.

A total goals sell at 2.8 is advised as this could be tight. The 5/1 available on an upset is not a price to ignore out of hand.