2015 World Economic Forum: A collapse in trust is jeopardising the recovery - Davos can help put that right 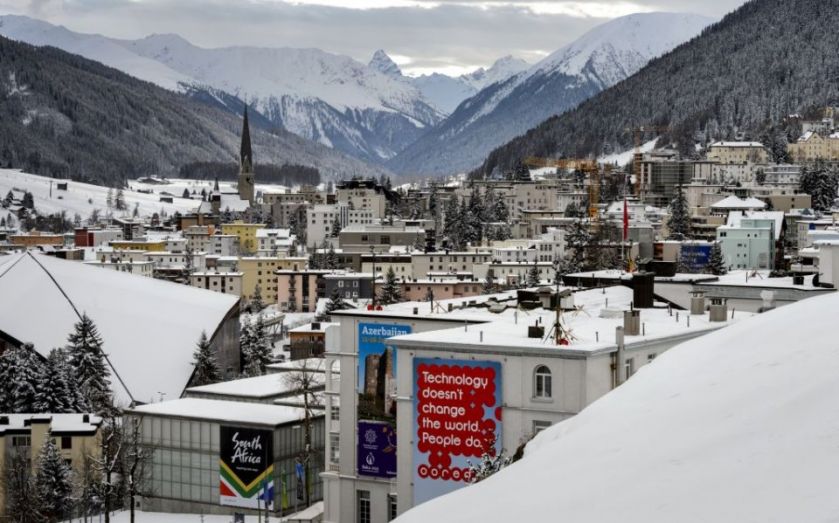 In business, and in all walks of life, it is often said that trust is hard won but easily lost. As I head to this year’s World Economic Forum in Davos, which starts today, trust between government, business and the public is in short supply.Since the financial crisis, business has lacked confidence in governments to create the conditions for a sustained recovery, while politicians have implored Europe’s larger companies to spend the €1 trillion they have amassed in reserves. As for the public, they do not trust either. Just yesterday, Edelman’s annual Trust Barometer found public confidence in both business and government has dropped in the past year to levels not seen since 2009.That must change. The recovery will not gather momentum without businesses growing and spending. It is time to think again about the relationship between government and business, and business and the public.Davos, with an agenda looking at the erosion of trust in public and private sector institutions and a deteriorating dialogue between government and business, is a good place to start.The global economic picture is mixed. The World Bank has cut its forecast for 2015 global growth to 3 per cent from 3.4 per cent – still up on 2.6 per cent last year, but growth in the Eurozone remains weak. The European Commission forecasts 1.1 per cent growth this year after 0.8 per cent in 2014. Businesses, however, are sitting on large amounts of cash. Deloitte research in 2014 found listed companies across Europe have €1 trillion in reserves, up €50bn on the previous year.But cash sitting on balance sheets does not create jobs and distribute wealth. To stay competitive, companies need to rediscover their growth ambition.Corporate optimism has been buoyed by the combination of lower energy costs, a falling euro, cheap finance and strong overseas sales, with the added benefit of low inflation curbing wage pressures. Companies are also becoming less cautious. Among 271 large businesses contacted by Deloitte, 59 per cent of those with cash surpluses plan to invest over the next year, though only one-third of planned investment was expected to be financed from cash reserves.Investment is the missing element, and it has continued to stagnate despite the need to replace ageing capital equipment and embark on new projects. Many companies expect to see double-digit revenue growth in the years to come, but it will be hard to achieve this without significant investment.A sustainable recovery needs businesses to invest, which in turn requires governments to provide an attractive environment, particularly in terms of taxes and regulation.Governments need businesses to spend. With tight public finances across Europe and austerity still the order of the day, they do not have the resources to pursue the expansionary fiscal policies of previous decades. For example, European Commission president Jean-Claude Juncker promised a €315bn investment plan which relies heavily on private investment.When we asked businesses across Europe, the Middle East and Africa what factors would constrain their willingness to invest, they frequently cited legislation, regulation and political uncertainty. Just 22 per cent of firms we surveyed said government incentives give them confidence to spend. Here in the UK, our latest survey of chief financial officers found that policy uncertainty following the next General Election tops their list of concerns.Further political volatility in some European countries may be unavoidable, but a more frank and open dialogue between business and government is essential to foster investment. Each needs a better understanding of what they can contribute. As economies become increasingly complex and digital, more expertise may exist inside companies than within government ministries.Unless favourable conditions for investment are created, more countries may be tempted to follow the example of South Korea, where the government recently announced plans to increase taxes on excess corporate profits to force companies to increase investment, wages and dividends.If governments and business can agree on what is needed to unlock investment, it would go some way to winning back the public’s trust. We found in a survey last week that three-quarters of professionals born since 1982 believe businesses are too focused on their own agenda rather than helping to improve society.Davos, therefore, represents an ideal opportunity for governments and businesses to come together and think hard about how, from improving education systems to developing infrastructure, they can drive benefits for all citizens.