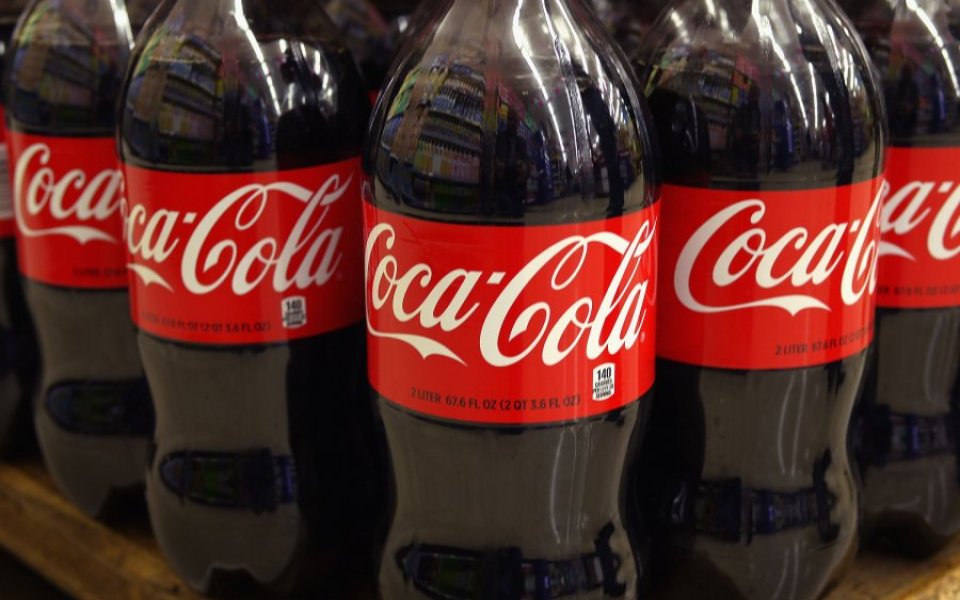 Fizzy drinks giant Coca-Cola unveiled mixed fourth-quarter results today, with a rather bitter eight per cent decline in sales but an effervescent 61 per cent increase in profits.

The NYSE-listed company's share price edged up 0.5 per cent higher to $42.65 following the results announcement.

Coca-Cola, which owns the eponymous drink that is arguably the world's most famous brand, reported an eight per cent decline in revenue to $10bn (£6.9bn), mainly due to the strong dollar draining overseas earnings. However, this slightly beat Wall Street expectations of $9.9bn.

The firm, which also owns Sprite and Fanta, posted a 61 per cent rise in profit to $1.2bn or 28 cents a share, although this missed analysts' forecasts of 37 cents a share.

Coca-Cola, while still undoubtedly a superbrand, has seen some weakness in recent years due to an increased focus on health in developed markets, which often makes fizzy drinks public enemy number one.

The company has made some concessions to those who are fond of their teeth, making acquisitions such as coconut water maker Zico, but ultimately it is sticking to its core identity. Last month it launched its first global marketing campaign in more than a decade, which showcases its four Coca-Cola brands – Coca-Cola, Diet Coke, Coke Zero and newbie Coca-Cola Life – as “one brand” with the slogan 'Taste the Feeling'.

The firm launched a $3bn cost-cutting plan back in 2014 in a bid to address the decline in sales and is now planning on refranchising all of its North American bottling territories to bottlers in other parts of the world, which it says will return the company to a “higher margin, higher return and less capital intensive operation”.