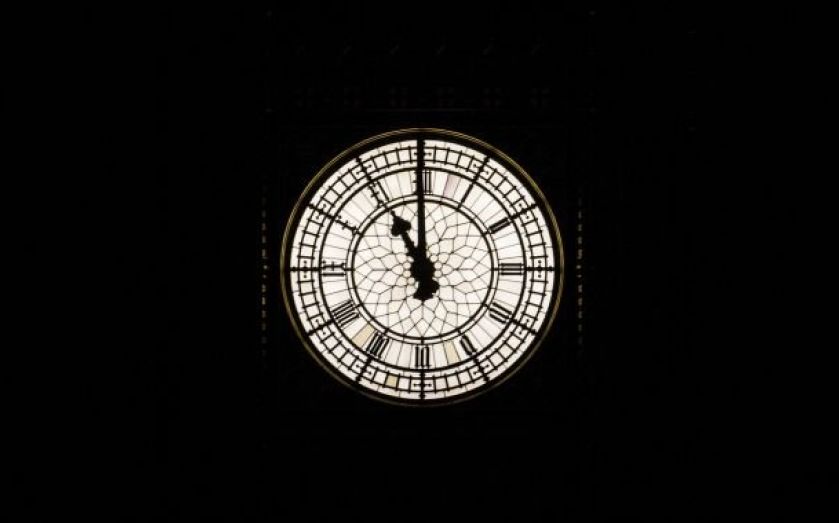 British Summer Time (BST) officially comes to an end tomorrow.
The clocks go back an hour at 1am on 26 October, heralding the onset of Greenwich Mean Time (GMT) where mornings get brighter, but evenings get darker earlier.
However, while an extra hour in bed is a welcome bonus for the weekend, the earlier arrival of the sunset could also come at a cost to the British household.
According to a study from B&Q’s corporate and social responsibility program cited in the Telegraph, the clocks going back will add £23.88 to a typical household’s energy bill, and £630m to the UK’s total winter energy bills.
For many, these findings will add fuel to arguments in favour of all year round BST – also known as daylight saving time (DST). In 2010 a Private Member’s Bill was presented to parliament to which would have impelled the secretary of state to conduct the analysis of its benefits. It failed to make its passage through parliament.

Is BST good for business?

Proponents of all-year round BST argue that it would be beneficial for trade as it would bring the UK in line with Central European Time during the winter months. This would also mean the UK would be a further hour in front of the United States – a less significant trade partner.

Furthermore, Lighter Later, a campaign group that wants to shift Britain’s clocks forward by one hour but keep the two time standards, (beginning to feel like Marty McFly yet?) argues that a move away from GMT could lead to around 60,000 – 80,000 more jobs in leisure and tourism worth an extra £2.5bn – £3.5bn to the economy.

Any other arguments for/against all-year DST?

Other arguments in favour of keeping the clocks at BST include perceived benefits towards health, crime and road safety.
An NHS-funded study claimed that more daylight hours in the evening would lead to the average child spending an extra 1.7 minutes per day doing exercise. It is also argued that the effects of Seasonal Affective Disorder are likely to be more pronounced once the clocks go back.
The AA also backs a switch to BST for the whole year, arguing lighter evenings would reduce road accidents. The Royal Society for the Prevention of Accidents argues that road casualty rates peak in the afternoon when motorists are more tired after a day’s work.
According to Lighter Later, lighter evenings would also lead to a reduction in at least 447,000 tonnes of CO2 pollution.
However, some arguments against all-year round BST dispute the idea that the majority of the population is more exposed to sunlight in the evening. The proposal has also faced opposition in Scotland where the sun could rise as late as 10am in the winter under BST. SNP MP Angus MacNeil has said that the switch would have "massive implications for the safety and wellbeing of everyone north of Manchester."

Which other countries push their clocks forward to Daylight saving time?

The country is widely practiced in the northern hemisphere but is less common in Africa and Asia.
All but three European countries – Iceland, Belarus and Russia – will be turning back the dial with the UK tonight. Mexico, Israel, Morocco, Lebanon and Egypt follow suit.
However, clocks are pushed back to GMT at different times around the world. The United States and Canada will adjust their clocks a week later on the first Sunday in November. Just four South American countries – Paraguay, Brazil, Uruguay and Chile observe DST, but all adjust their clocks back at different times.