Progress is being made in tackling climate change, with continued falls in oil and gas investment pointing to lower future production. However, the improvements have been offset by a global fall in investment in clean technologies.

Those are findings of the Schroders Climate Progress Dashboard, updated quarterly, which tracks the temperature rises implied by key parts of the climate jigsaw.

Meeting those commitments will require significant changes in many areas.

We gauge progress by comparing trends in key areas to the pace that would put the global economy on track for a range of temperature rises.

The overall picture is little changed since our October update. Taken together, those indicators continue to point to a global temperature rise of 4.1 degrees centigrade (all temperatures are quoted in degrees celsius) over pre-industrial levels.

Within that overall picture, updated data has led to several changes. For instance, public concern has risen, political action has toughened and carbon prices have picked up, which have their individual temperature indicators.

However, the main setback has been on slowing climate finance flows. That indicator moved from pointing to a temperature rise of 3.3 in Q3 to 4.6 degrees.

The challenge of encouraging capital into climate solutions on the necessary scale has attracted a lot of attention from policymakers and environmental groups. Global leaders discussed ways to strengthen investment in emerging economies at the COP23 conference in Bonn in November and climate finance was a key theme at the One Planet conference that followed in December.

Plans are typically ambitious but tangible action remains more elusive. Data from Bloomberg New Energy Finance shows clean energy investment dropped to around 2010 levels in late-2017, well down from the highs of 2015.

It released detailed analysis in October confirming a 12 per cent drop in investment in 2016. Much more investment will be needed to build the infrastructure to a low carbon global economy.

On the other hand, that weakness was offset by the oil and gas industry, which could be starting to translate the growing pressure it is facing into a strategic response.

One of our indicators tracks the oil and gas industry’s capital investment, which has recently dropped off sharply. The temperature rise implied by the industry’s spending has dropped from 5.3 degrees to 3.9. 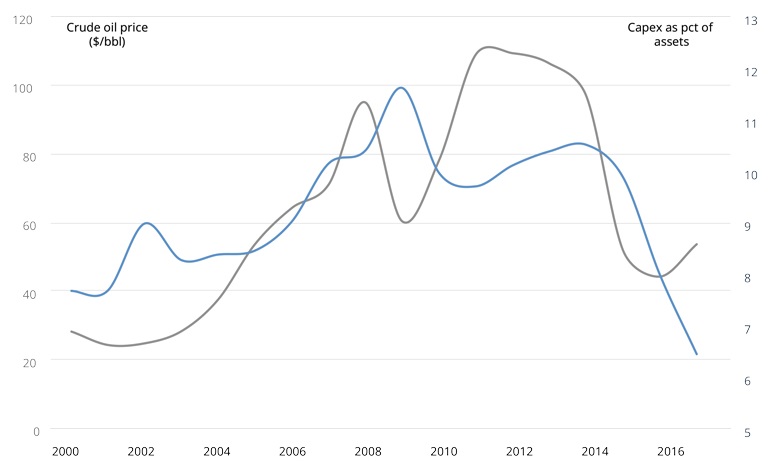 Our recent research – It's not black and white for fossil fuel investing – discussed the challenges facing the industry and the importance of capital discipline as the key driver of future profitability and valuations. There is further to go – the most recent financial reporting implies future growth consistent with temperature rises close to four degrees – but the change is encouraging.

At Schroders, we have been among the most vocal in engaging the industry’s major players to develop and communicate strategic plans for a carbon constrained world. We have a record of following through on that pressure with the votes we cast.

There are signs that pressure is paying off. In the last few months, Exxon has announced that it will publish analysis of the impacts of climate change and tougher environmental policies for its business and Shell has set a goal to halve the carbon intensity of the energy it produces.

Looking forward, the key question for the industry is whether it holds back investment as cash flows rise with higher commodity prices. A cursory review of the industry’s historical tendency to raise investment as prices rise suggests a new level of planning, coordination and foresight will be needed. 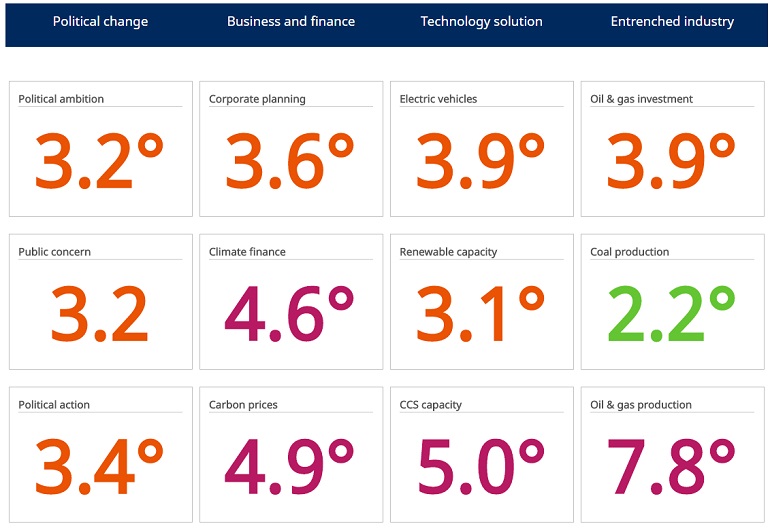 Important Information: The views and opinions contained herein are those of Andrew Howard, Head of Sustainable Research, and may not necessarily represent views expressed or reflected in other Schroders communications, strategies or funds. The sectors and securities shown above are for illustrative purposes only and are not to be considered a recommendation to buy or sell. This communication is marketing material.