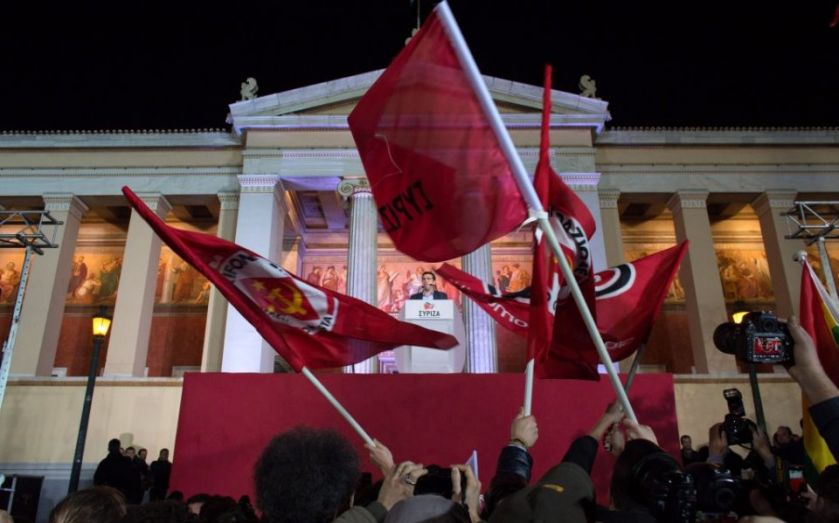 The meteoric rise of Greece’s Syriza would have sounded impossible when the party was founded a decade ago. Last week, however, it became Greece’s largest party. All over Europe, voters have responded to continued economic uncertainty by turning away from established parties to new, untested leaders.

The desire for hope and a new direction in times of trouble is understandable, but we are now reaching a scenario in countries across Europe where mainstream parties are finding their support levels are the lowest in history. In the UK, the Conservatives and Labour combined are struggling to reach 60 per cent of the vote, and the headlines are trumpeting “the most unpredictable election in history”. Never has it been so difficult to predict the result of an election so close to the event.

These may be exciting times for political pundits, but they are uncertain times for business – and this risks damaging the economy, worrying voters of all persuasions. Chief executives responding to an FT poll earlier this year all rated the general election as one of the greatest risks to the UK, and many of them said it was the greatest risk of all. Surveys of voters also regularly show the economy listed alongside the NHS and immigration as the greatest concern. Despite this, they continue to vote in droves for parties untested on economic issues.

Because of this, politicians who have previously been seen as on the fringes of being “electable” are now within touching distance of tangible power as kingmakers all over Europe. They have an economic responsibility to Europe’s citizens to use this power conscientiously, and to work constructively with existing parties to develop economic solutions that will work for all. It is as irresponsible to cling on to the notion of austerity if it becomes clear it is damaging growth as it is to refuse to consider austerity in the first place.

What happens in Greece will be an example for all of us on whether this co-operation is possible – and whether parties are willing to compromise. The Greeks have voted for Syriza on an anti-austerity platform, and despite new Prime Minister Alexis Tsipras’s assurances that he does not want a “mutually destructive clash” with creditors, there can be no doubt that it places him on a collision course with German Chancellor Angela Merkel, creating a new level of instability within the Eurozone.

Closer to home, Bank of England governor Mark Carney has also spoken out against austerity recently, in an attempt to avoid a “lost decade” of Eurozone growth. It is undeniable that, despite positive economic growth in the UK, we are still in trying economic circumstances – and the risks of the general election to the business climate we are attempting to encourage in the UK cannot be overstated.

The only thing that seems certain at this point is that no one party will have the power to impose its agenda. Politicians must work hard to show their willingness to compromise if they are to secure the confidence of voters.