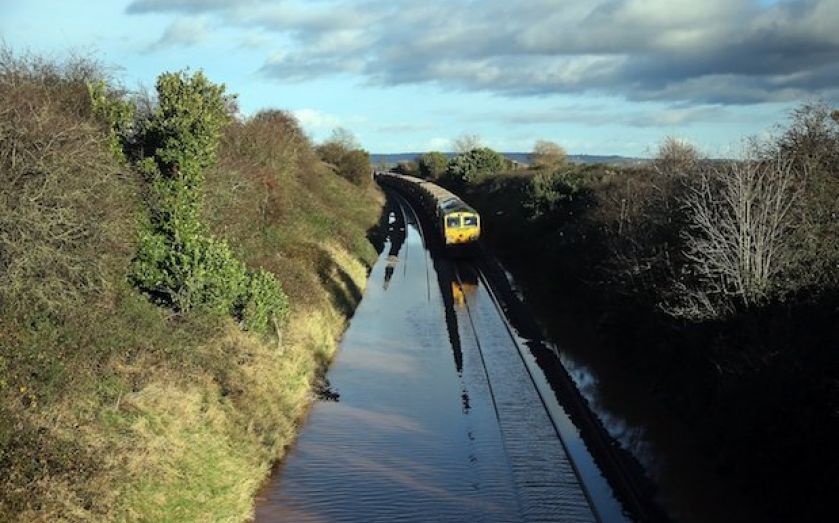 ONE week on from the biggest storm London has seen in nearly thirty years, and the capital’s railways are back on track. The travel chaos was an uncomfortable reminder of how crucial the smooth running of London’s transport is to Londoners’ ability to go about their business.

The two largest transport projects currently on the books, Crossrail and Thameslink, have been widely covered in the news since. The influential Public Accounts Committee voiced concerns that Thameslink will not be delivered on time, and that Crossrail’s funding structure will cost too much taxpayer money. Even more important – as Margaret Hodge MP noted – is that the need for Thameslink was identified in 1989, but the benefits will not be delivered until the 2020s – a 30-year delay. We cannot afford to wait this long again.

London is expanding at its fastest rate ever. The population is forecast to grow from the current figure of 8m, to 9m by 2020, and 10m by 2030. Its growth is a testament to its success, and is to be encouraged if London is to continue to compete as a global financial and business centre on the world stage. But with that growth comes a greater strain on infrastructure, and a responsibility to make the difficult choices as to where new infrastructure will be built. In all the recent controversy over whether or not to build HS2, one central fact must not be forgotten: we need more rail capacity. The UK has seen a 49 per cent increase in rail journey numbers since 1998, and this will put an excessive amount of pressure on the system if capacity is not increased, and increased ahead of need.

The Olympics were the catalyst to improving transport in East London, and the advances have been significant. The recent completion of the London Overground loop provides an excellent addition to London’s South East and South West links, and when Crossrail is completed it will dramatically improve links through the city. The first stage of the Thameslink project is now up and running, and work was recently completed on Blackfriars Station. We need more projects like these – as part of a planned pipeline of works – in order to ensure that we are prepared for London’s future growth and can retain vital talent.

Earlier in the year, much concern centred on the possibility that skilled workers would leave London if Crossrail 2 is not built, pursuing careers elsewhere and taking their expertise with them. This must not be allowed to happen. Whether or not the Crossrail 2 project is proven to be the best value for money, we must keep building – and this includes airport capacity in the South East.

The government announced an infrastructure fund in the summer and already, energy, road and rail projects worth £33bn have passed the first hurdle to being a part of the scheme. We have the skills and expertise necessary to make these schemes a reality because of Crossrail – let’s keep them here by creating a proper pipeline of projects that will benefit Londoners for generations.

Mark Boleat is policy chairman at the City of London Corporation.