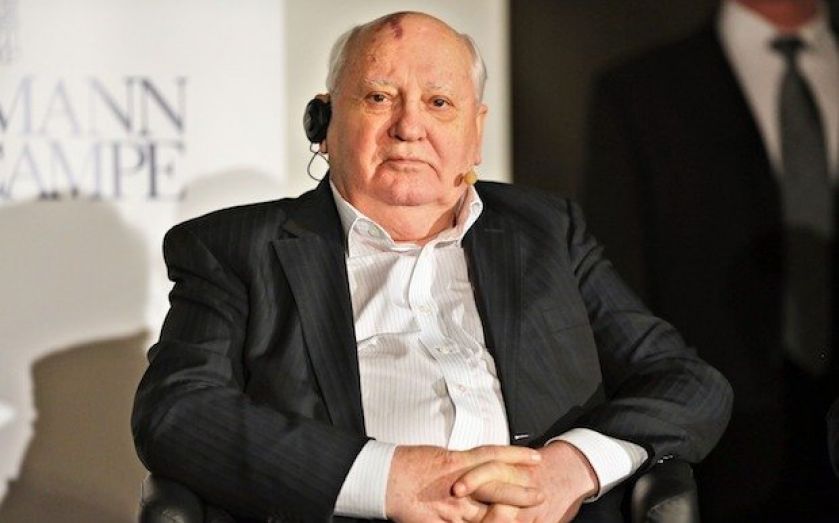 Talk about timing: a couple of months ago our brand consultancy was approached to work with Moscow on rebranding Russia to make it more attractive to business.

It’s been done before. In the late 1980s, Mikhail Gorbachev dramatically rebranded the Soviet Union, and Russia as its core member, from closed to open, building a nation which was to become one of the fastest growing economies in the world.

Russia’s new brand was fresh and attractive, the balance of a lifetime of strength and stoicism with ambition, determination and modern intelligence. The aesthetics of the brand promoted beginnings in adornment and decoration through utilitarian functionality to a post Soviet modernism.

For many years, this rebranded Russia was a magnet the world over, a representation of progress and new wealth, a strong premium heritage brand, something which many luxury brands would die for.

Yet what Gorbachev understood extremely well is that the figurehead of the brand not only needs to promote the image of the brand, but critically needs to live the values of the brand too. He promoted openness and freedom, and demonstrated this in many summits with the West, winning peace awards for his efforts.

Tragically, while the current brand director of Russia clearly understands the importance of the image and vision of his brand, he believes it doesn’t matter if the behaviours which follow are out of line.

On the one hand, Vladimir Putin is keen to make grand gestures of progression, art, culture and openness by hosting the Winter Olympics at Sochi. He invested more money in this brand activation than all previous Winter Olympics hosts the world over.

This was a critical brand promotion for Russia. It’s just a shame that the image Putin projected was overshadowed by his behaviour. Putin claims to have the safety of Crimeans in mind as he closes in on Ukraine, but he shows the flimsiness of his humanitarian camouflage when he can’t help himself demonstrating masculine might by firing warning shots in the air.

Putin wishes to promote the image of a progressive, caring, inclusive Russia while still behaving like an ex-KGB agent. But the world can see straight through such mixed messages.

What does brand Russia stand for now? Do we want to do business with a fascinating, wealthy country to join its progress, or are we too terrified by its growing reputation for aggression and intolerance?

Every brand needs a clear, single-minded mission, an image to communicate above all else in order to get its consumer to engage and show loyalty. And every brand needs to display behaviours in line with that image. Brands are more than skin deep, they go to the very heart of the organisation. Something tells me that rebranding Russia will take more than merely a marketing exercise.