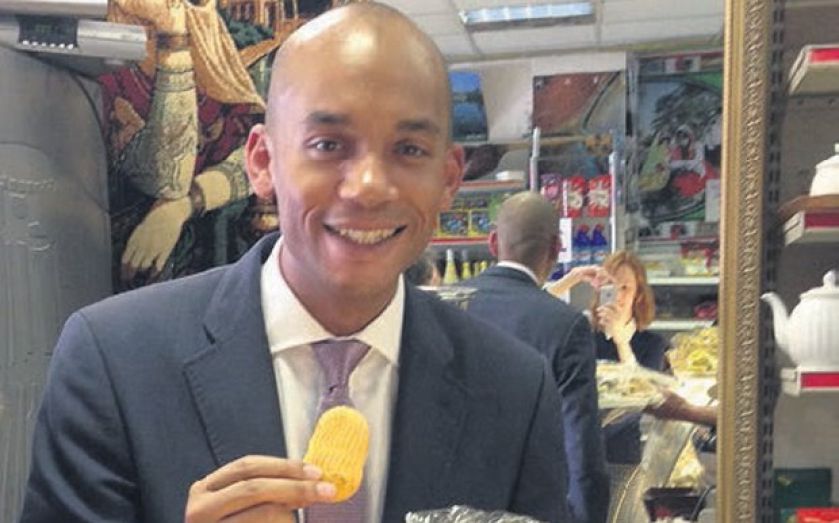 WALKING around Labour-stronghold Burnt Oak with shadow business secretary Chuka Umunna feels a bit like knowing a minor celebrity. Some people clasp his hand and snap selfies, others brush past uninterested.

“I don’t want to be the shadow secretary, I want to be the real thing!” Umunna tells one couple who run a curtain shop on the high street. Then he would be able to do something about the high business rates that threaten to close their shop, he says.

The couple, historic Labour supporters, demand to know what exactly Umunna would do and seem reasonably satisfied after a five minute chat. “It’s good that you come and ask what the problems are so you know how to solve them,” the owner says.

Umunna is clear that while the EU elections are important, the locals matter far more to Labour. “Traditionally the EU elections have been used to make a point and protest vote, which is a shame,” he says, adding that the biggest danger for the City is withdrawal from the EU. “Under Ed’s leadership we’ve got to a point where it’s a real prospect that we could be in government this time next year. The local elections are a good measure of how likely that is.”

THE LIB DEM GAMBLE
Liberal Democrat leader Nick Clegg has always acknowledged that taking a strong position on Europe is a political gamble. The party backs a close relationship with the EU in a climate of increasing dissatisfaction from voters, largely focused on immigration. Yesterday Clegg said Nigel Farage’s mask is beginning to slip, telling the BBC’s Andrew Marr: “Behind the beer-swilling bonhomie is a really nasty view of the world”. But the fact that most commentators believe Farage won the live TV debate against Clegg over Europe in April must surely sting. “I like to think that because I decided to take Nigel Farage on … that’s one of the reasons he’s being subject to more scrutiny. That’s why you’re seeing the mask slip and it’s revealing an extremely nasty view of modern Britain,” Clegg said yesterday. The Lib Dems are expected to lose a number of seats in the elections, with polls consistently awarding the party around six or seven per cent of the vote. The most recent poll put Clegg’s party in a tight race with the Greens for fourth place.