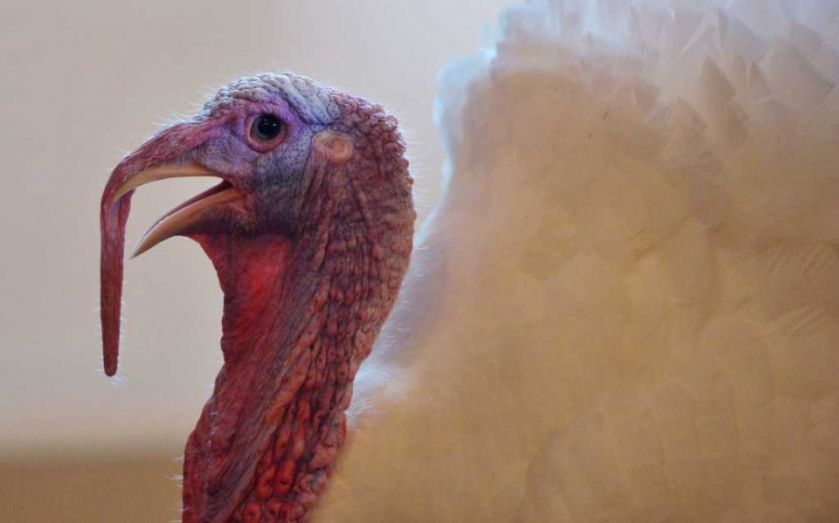 The economic downturn had many effects on the UK, but it didn’t manage to curb Christmas gluttony.

And this isn’t just any gluttony, it’s an increased need for kilograms of fresh, whole turkeys.Last year we spent £38m on Christmas bird, an increase of 163 per cent over 2008’s figure of £14.4m. Even adjusting for inflation, the increase is not a paltry sum. To keep up with that, the amount of turkey (in kilos) raised and produced in the UK soared by 122 per cent between 2008 and 2013, according to the Office for National Statistics. 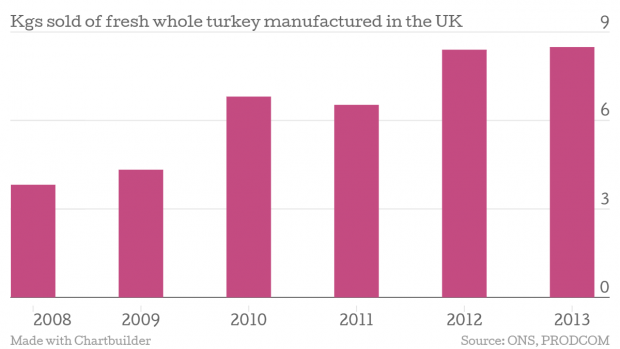 After the turkey glut, you’d be forgiven for thinking there wouldn’t be as much cash floating around for the purchase of presents, but you’d be wrong.

So you’ve gutted and basted the turkey and bought your loved ones train sets, now for the next item on the Christmas shopping list: sales of articles for Christmas activities. Sales of festive decorations, artificial Christmas trees, tinsel, baubles, crackers, stockings and nativity figures have risen 25 per cent from 2008 to total £57.9m in 2013.

With all those sales going up, something had to give. Confounding many stereotypes, the British bought less sparkling wine produced in the UK during 2013 than they did in 2011, when sales peaked. In 2013 244,000 litres of the stuff were bought, whereas in 2011 the figure was 331,000.

The data does come with a caveat: perhaps with so much Euro-scepticism in the air, people are preferring to buy British. Except when it comes to their wine.