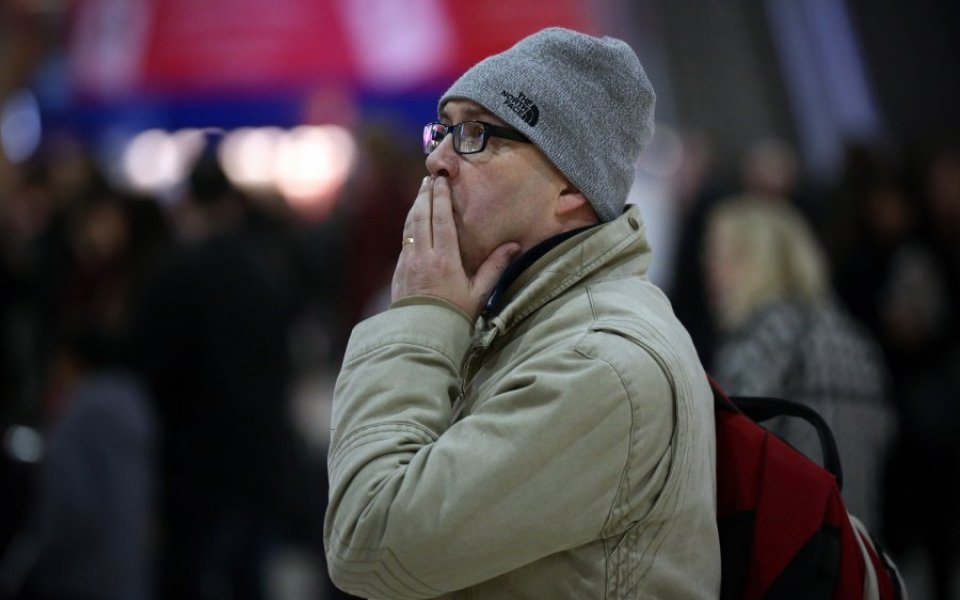 Hoping to get away this Christmas? Well, start working on plan B because Network Rail has other ideas.

This Christmas and New Year, one of the biggest-ever investment programmes is being carried out on the country's train infrastructure. New station facilities, longer platforms, extra tracks, new junctions and thousands of pieces of new equipment will be installed as part of a £150m development programme.

Almost 5,000 projects will be carried out at 7,500 sites across Britain, with more than 20,000 members of Network Rail's "Orange Army" working from Christmas Eve and into the first days of the new year to get the work completed.

And while we're all very grateful for any improvements being made to our daily commute, we also know what that means: Christmas travel chaos, and lots of it. Given how chaotic it was last year, it's best you start preparing now.

Flying from Gatwick? You'll have to find an alternative to Gatwick Express because that;s not running between Christmas Eve and 4 January. Engineering work will also disrupt Heathrow Express and Heathrow Connect services between 27 December and 1 January.

Southern and Thameslink services between East Croydon and Redhill will be disrupted from Christmas Eve until 4 January.

There will be no Southeastern services at London Cannon Street, Charing Cross, Waterloo East or London Bridge stations between 27 December and 3 January. Trains will be diverted to Victoria or Blackfriars.

The line between Gospel Oak and Barking will be closed between 27 and 28 December, with bus replacement services running between stations. Engineering work will also take place on these days on the Abellio Greater Anglia services between Liverpool Street and Ingatestone/Southend Victoria/Southminster.

There will be various closures between Seven Kings and Shenfield between 27 December and 3 January, because of engineering work on TfL Rail services.

Engineering work will be taking place between Colchester and Marks Tey, with all lines closed between 27 and 30 December.

Services between Alexandra Palace and Stevenage via Welwyn Garden City will be disrupted between 28 and 31 December, with some lines closed.

All lines between Richmond and Willesdon Junction will be closed between 27 and 13 December.

The Circle Line, Hammersmith & City Line, Metropolitan Line and Waterloo & City Line will be shut between 26 December and 30 December.  There will also be engineering work affecting the London Overground between Highbury and Islington/Dalston Junction and Shadwell between 27 and 28 December.

Routes to and from Paddington will be disrupted as part of major Crossrail works taking place between 27 December and 3 January. There will be no services into Paddington on 27 and 28 December, with long distance trains via Reading being diverted to Waterloo. Buses will run from Maidenhead to High Wycombe and Slough to London Underground stations.

Deptford, Greenwich, Maze Hill and Westcombe Park stations will be closed, with diversions on the Woolwich lines between London and Dartford or Gillingham, between 27 December and 3 January. The Bexleyheath Line will be diverted to run to and from Victoria.

Looking further afield, all routes to and from Cleethorpes will be disrupted from 29 December to 10 January as part of a £100m upgrade throughout the Greater Lincolnshire area. East Midland, TransPennine Express and Northern Rail services will all be disrupted.

Engineering work is taking place between Wellingborough and Sheffield, with various line closures between 28 and 31 December on the East Midlands line.

There will be disruption to services between London Euston and Wolverhampton between 28 and 30, with some trains terminating at Birmingham New Street.

Crosscountry services between New Milton and Bournemouth will be closed between 27 December and 1 January. Trains will terminate at Southampton.

All lines between Stafford and Crewe will be closed between 27 and 28 December, affecting CrossCountry, London Midland and Virgin Trains.

There will be various line closures on routes running from Manchester Piccadilly and Glossop/Hadfield/New Mills Central between 28 and 30 December.