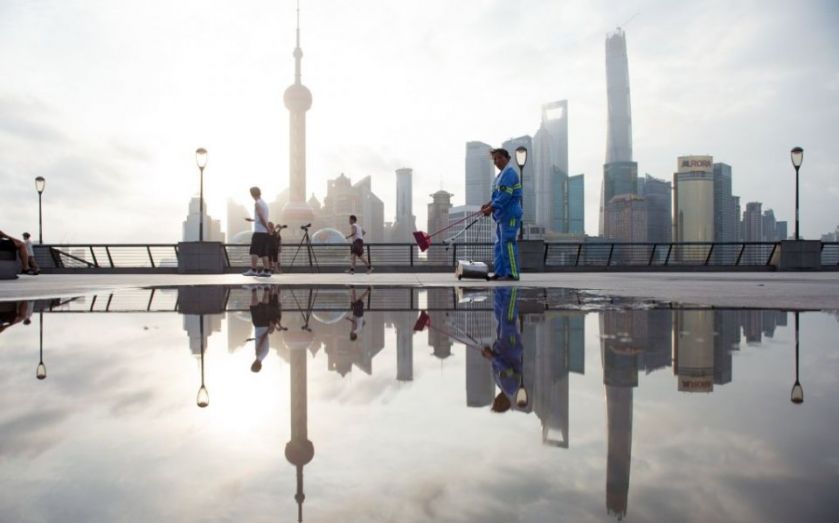 After years of double-figure growth, China's GDP growth fell to its slowest in 24 years in 2014, according to figures published overnight.

Growth in the country fell to 7.4 per cent last year, its slowest pace since 1990, down from two consecutive years of 7.7 per cent growth. While it was the first time it's dropped below the Communist Party's annual growth target (currently "around 7.5 per cent), it was still higher than analyst expectations, of around 7.2 per cent.

And GDP expansion in the fourth quarter was slightly lower, at 7.3 per cent.

It's the country's lowest growth since 1990, when China was slapped with sanctions following the Tiananmen Square massacre. 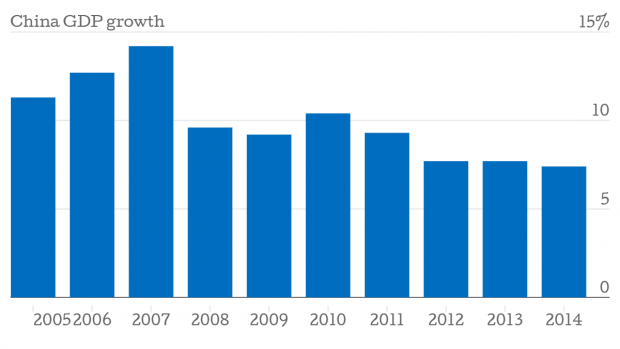 But there are concerns that the country's high level of indebtedness may be beginning to take its toll on growth. During the financial crisis, when the Chinese government took measures to protect the country against a drop in exports, much of its consumer spending has been fuelled by debt.

Meanwhile its property market, which many see as massively overheated, has begun to slow in recent years. In 2014, investment in the sector slowed to 10.5 per cent, its slowest pace of growth since the beginning of 2009, and almost half the 19.8 per cent it grew in 2013.

However, Frederic Neumann, co-head of Asian economic research at HSBC, told the BBC although China's growth "isn't as spectacular as over the past decade", it's still among the world's strongest economies.

Especially reassuring is that retail sales and industrial production accelerated in December from the prior year, giving China a bit more momentum heading into the year of the goat.