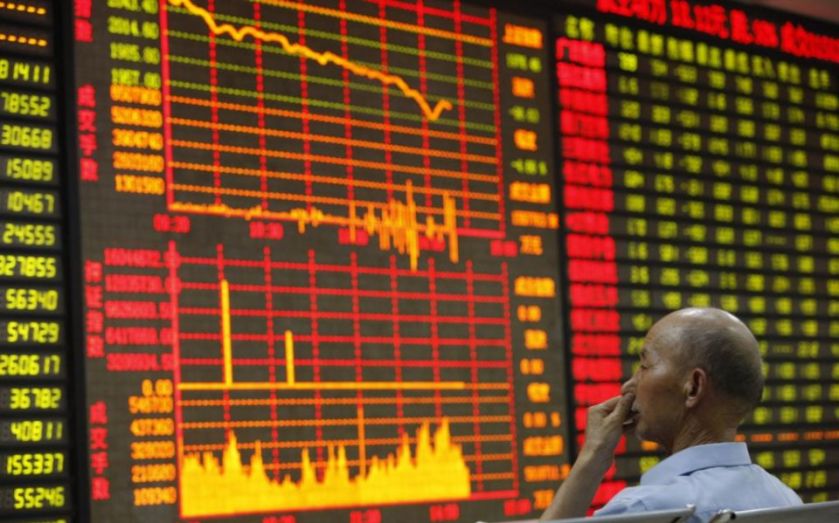 Stocks in China finished today's session up, despite falls in early trading. That followed big losses on Tuesday.

Stocks were hit in early trading by fears a government-led campaign to keep shares propped up was coming to an end. In recent weeks the People's Bank of China (PBoC) has injected stimulus into markets after they were hit by worries over exports and manufacturing.

"The FTSE is perilously close to… six-week lows this morning, as the weight of the commodity collapse continues to crush the UK index," said Connor Campbell, financial analyst at Spreadex.
"Despite a nascent rebound for Brent Crude and copper this morning both remain at or around their 6 year nadirs, and with the spectre of Chinese volatility looming over the markets these mild gains are unlikely to last for long. Of course, this has merely exacerbated the dismal form of the FTSE’s oil and mining stocks."
That included Glencore, whose shares were down 2.92 per cent at 170.95p in early trading after it reported a net loss of $676m (£431m) as it took a battering from low copper and oil prices.
All eyes are likely to be on the US today, where the Federal Reserve's open market committee will unveil the minutes of its latest meeting, which it's hoped will include further guidance on when the bank will hike rates.
However, analysts were sceptical.
"I don't really hold out too much hope that the FOMC minutes will magically clear the fog surrounding Fed policy and resolve the debate raging in the market," said Societe Generale's Kit Juckes.
"Most likely, the minutes will be seen to support the view of the consensus among the commentators, but will fail to allay the fear of inaction among the traders/investors. And that would most likely leave markets still wracked by uncertainty, about the Fed, global growth and China."