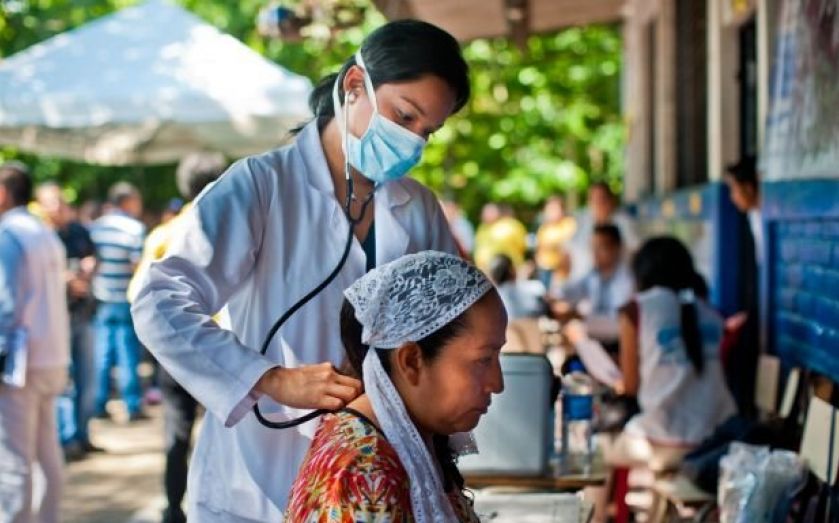 An epidemic of Chikungunya disease has been sweeping across much of the Caribbean and Central America.
Now, the mosquito-borne virus is also making an appearance on US and European shores, with virologists warning that it could spread rapidly.
The disease, native to Central Africa, first arrived in the Western hemisphere last December, and since then it has led to a sharp rise in cases. In the last week alone, the number of incidences in the Caribbean rose by 24 per cent.
The Dominican Republic has been hardest hit, with 250,000 of its residents suffering from the disease. Considering the rest of the Caribbean, a large number of cases have also been identified in Haiti, Guadeloupe and Martinique.
Costa Rica, Venezuela and El Salvador are all places in Central America that have fallen victim to the spreading virus.
After being infected by the bite of an Aedes aegypti mosquito, sufferers develop a rash, fever and severe inflammation at the joints, but it is rarely life threatening and symptoms usually subside after two days.
However, 26 people have died from the epidemic so far and there are currently no specific treatments or effective preventative measures. According to Anthony Fauci and David Morens of the National Institutes for Allergy and Infectious Disease in the US, drugs and vaccines are being developed but they are only in the early stages of testing.
The danger manifests in the arrival of the virus at new locations, since there will be minimal immunity. If someone contracts the disease in an area where the disease is prolific and then takes it to a new place where the mosquitoes necessary for carrying the virus are present, this could result in a rapid spread.
"We're seeing an epidemic ripping through a naive population, with a very large number of cases in the Dominican Republic and elsewhere," Peter Hotez of Baylor College of Medicine in Houston, Texas, told the New Scientist. "There is every reason to believe we could see similar epidemics along the US Gulf Coast maybe later this summer or starting next year."
Indeed, the US is a prime example of somewhere that meets the requirements for the disease to spread far and fast: one of the two mosquito species is found in 32 states, and the other is found in 14. Last week, health authorities in Florida confirmed the first two locally-acquired incidences of the disease.
Europe is also vulnerable: In Spain, 10 imported cases have been diagnosed since April, and five of these were in regions where the mosquitoes are known to be present. In France, meanwhile, health authorities have reported 475 cases in this year alone: a significant increase from the 17 cases reported in 2012.
The French Institute for Public Health Surveillance has warned that conditions are perfect for the virus to spread this summer, with mosquito populations climbing and travellers returning from the French Caribbean Islands.