Trafalgar Square was the scene of a silent vigil this evening as Londoners paid their respects to those who lost their lives in a Paris shooting today.

Several hundred people attended the vigil, which was organised this afternoon in response to the shootings at French magazine Charlie Hebdo's offices today in which 12 people were killed.

Some of those in attendance carried printed out posters with the phrase "Je Suis Charlie" in solidarity with the victims of the attack. Others held handwritten sheets while those with neither held up pens as a symbol of free speech.

Both French and British observed the vigil in Trafalgar Square, with some of those assembled at one point singing France's national anthem La Marseillaise.

The vigil echoed one held at the Place de la Republique in Paris earlier today. 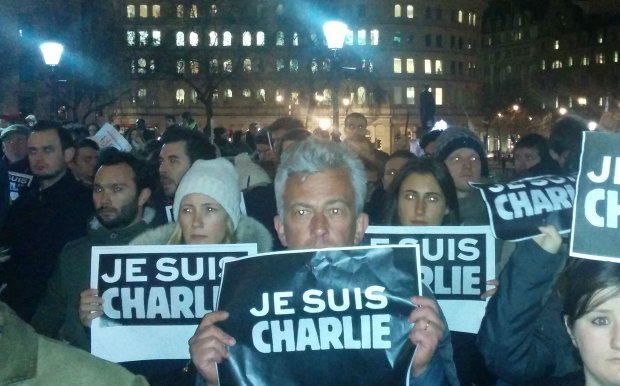